Investigators should be able to provide some answers about three homicides in northern British Columbia even though two suspects in the case are believed to be dead.
0
Aug 8, 2019 4:05 PM By: The Canadian Press

Investigators should be able to provide some answers about three homicides in northern British Columbia even though two suspects in the case are believed to be dead, says a former RCMP assistant commissioner.

The manhunt for Kam McLeod, 19, and Bryer Schmegelsky, 18, from Port Alberni, B.C., ended Wednesday when two bodies were found in dense brush in northern Manitoba.

Mounties have said it could be difficult to determine a motive if the suspects can't be interviewed. 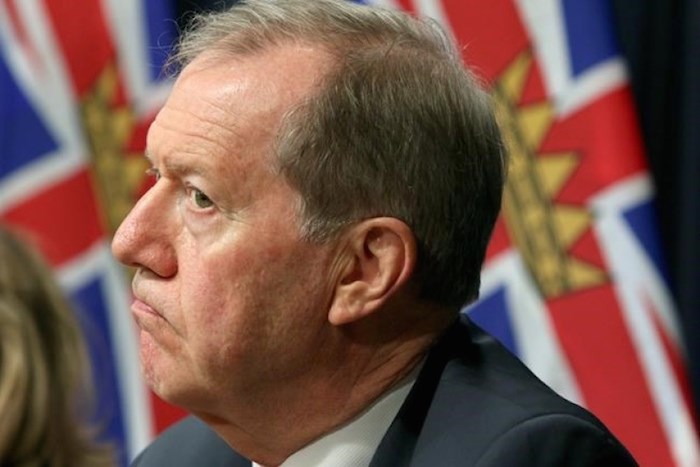 Former RCMP assistant commissioner Peter German looks on at a press conference on money laundering at the legislature in Victoria, B.C., on Thursday, May 9, 2019. Police should be able to provide some answers to the families of the British Columbia homicide victims and the public after discovering the two suspects dead, says German. THE CANADIAN PRESS/Chad Hipolito

Peter German, who retired from the RCMP in 2012, said it will be hard, but there is already some key evidence available that speaks to motive.

"At least one of the individuals seemed to be highly influenced by violent video games," he said. "His father has spoken publicly about what he believed would happen — death, suicide, going out in a blaze of glory.

"That all goes to motive."

McLeod and Schmegelsky were facing a second-degree murder charge in the death of Leonard Dyck, a university lecturer from Vancouver who was found dead along a highway pullout south of Dease Lake, B.C., on July 19.

They were also named as suspects in the shooting deaths of American tourist Chynna Deese and her Australian boyfriend, Lucas Fowler. Their bodies were found four days earlier along a highway near Liard Hot Springs, B.C.

Police initially treated McLeod and Schmegelsky as missing persons when their charred vehicle was found not far from Dyck's body. The pair had told family and friends they were leaving home to find work.

But investigators later deemed them to be suspects and details surfaced about their use of video games. One account showed Schmegelsky was a frequent player of a shooting game called "Russia Battlegrounds," and both young men's Facebook pages were connected to an account with a modified Soviet flag as its icon.

RCMP also said they were investigating a photograph of Nazi paraphernalia sent to another user by Schmegelsky, who was also pictured in military fatigues brandishing an airsoft rifle and wearing a gas mask. 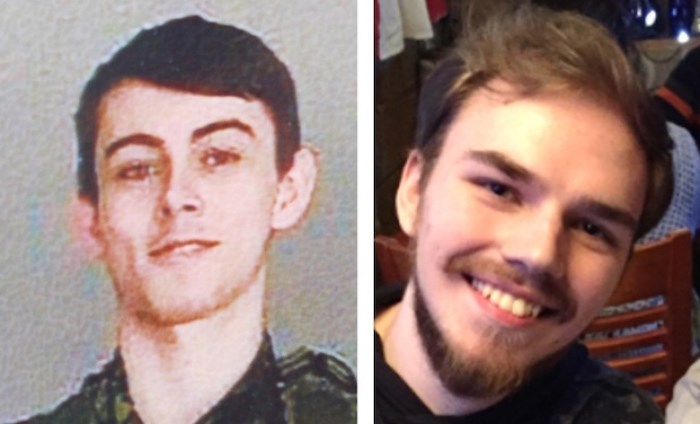 During the manhunt, Alan Schmegelsky told The Canadian Press his son had a troubled upbringing and the father said he expected the young men wanted "to go out in a blaze of glory."

German said investigators will look at the suspects' social media accounts, any written documents and communication with family and friends.

"It's surprising in this day and age with social media what you can find."

The tougher problem, he said, will be determining why the suspects did what they did in the sequence they did.

It may also be difficult to determine why they ended up in Gillam, he said.

"Did they have some sort of a plan that flowed from a video game that they end up in northern Manitoba? What was the next step for them?"

The autopsies, which are being done in Winnipeg, could provide some answers about when and how they died.

German said the manhunt in Manitoba will be complete once those results are available.

"They will be providing support to the communities ... and collecting whatever evidence may remain and forwarding that back to British Columbia," he explained. "Then it goes back to the original investigators in British Columbia to conclude their files. They'll have a lot of work ahead of them.

"At the end of the day, they will I'm sure provide some sort of a briefing to the public and certainly to the families to inform them of what has taken place."