It's snowtime! Vancouver forecast calls for 'periods of snow' this week 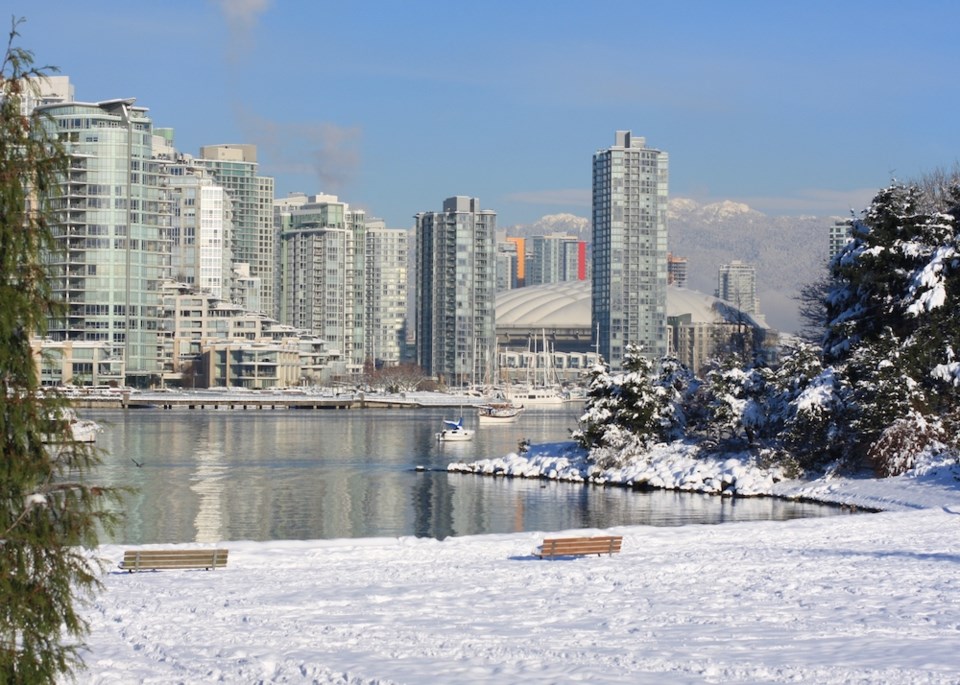 The Vancouver weather forecast is calling for periods of snow and subzero temperatures this week.Photo via KathrynHatashitaLee / Getty Images

While the past couple of days have been sunny in Vancouver, the weather is expected to change later this week.

Today, there's only a 30 per cent chance of showers throughout the day, and temperatures won't get much lower than 3°C overnight. Following that, Wednesday, Jan. 20 is expected to be mainly cloudy and only slightly cooler overnight.

On Sunday, Vancouver is expected to see more snow or rain during the day, as well as a 30 per cent chance of flurries overnight that will continue into Monday.

. By Photo via Environment Canada

While Vancouverites have enjoyed a relatively mild winter so far, Environment Canada cautions that we aren't out of the woods yet.

In a recent interview, Environment Canada Meteorologist Doug Lundquist told Vancouver Is Awesome that "It's halfway through winter--so we have another half to go through.

"And we can get snow--definitely in the latter part of January, February and sometimes March."

Lundquist stresses that snow events are far less likely heading into spring, but they can't be ruled out entirely. That said, he notes that the La Niña pattern is still affecting weather in the region, which could mean temperatures will dip a bit below average.