Famed conversationist Jane Goodall will be among the special guests at this year’s Vancouver International Film Festival.
0
Aug 23, 2018 3:04 PM By: The Canadian Press 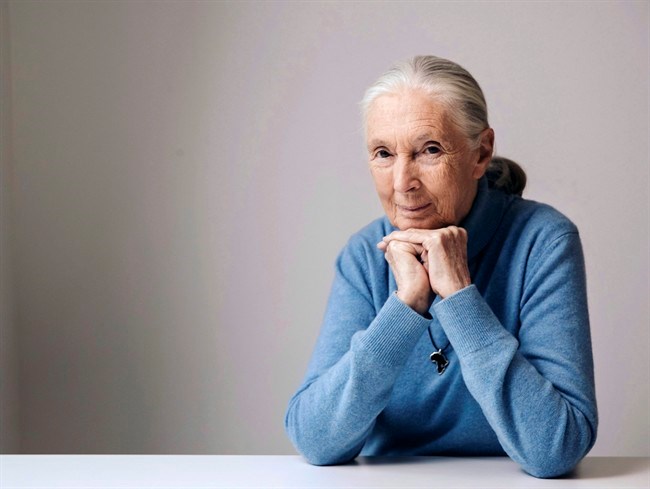 Famed conversationist Jane Goodall will be among the special guests at this year’s Vancouver International Film Festival. British primatologist, ethologist, and anthropologist Jane Goodall poses for a portrait to promote the Disneynature film, “Born in China,” in New York on April 7, 2017. THE CANADIAN PRESS/AP-Invision, Victoria Will

Famed conservationist Jane Goodall will be among the special guests at this year's Vancouver International Film Festival.

Organizers say the British primatologist and anthropologist will take part in a Q-and-A after a special charity screening of Brett Morgen's documentary on her titled "Jane."

Proceeds from the Oct. 4 screening will support the Jane Goodall Institute of Canada.

The screening is part of the festival's Impact programming stream, which "showcases uncompromising films and features discussions that have the power to spark action and change the way audiences see the world."

There is also a VIFF Impact Award, which carries a $5,000 cash prize.