A couple years ago we introduced you to Colonialism Skateboards , a company that's dedicated to educating the public about the impacts of colonialism in Canada.

A couple years ago we introduced you to Colonialism Skateboards, a company that's dedicated to educating the public about the impacts of colonialism in Canada.

Founded by Mike Langan of the Cote First Nation (on Treaty Four territory), the small company has got a lot done since they launched in 2015.

They've released multiple boards designed by celebrated Cree artist Kent Monkman, a collaboration with Thomas King who is the author of the must-read The Inconvenient Indian, educated people about the Pass and Permit System (which was designed to control Aboriginal peoples' movement and economic activities in Canada), and more. 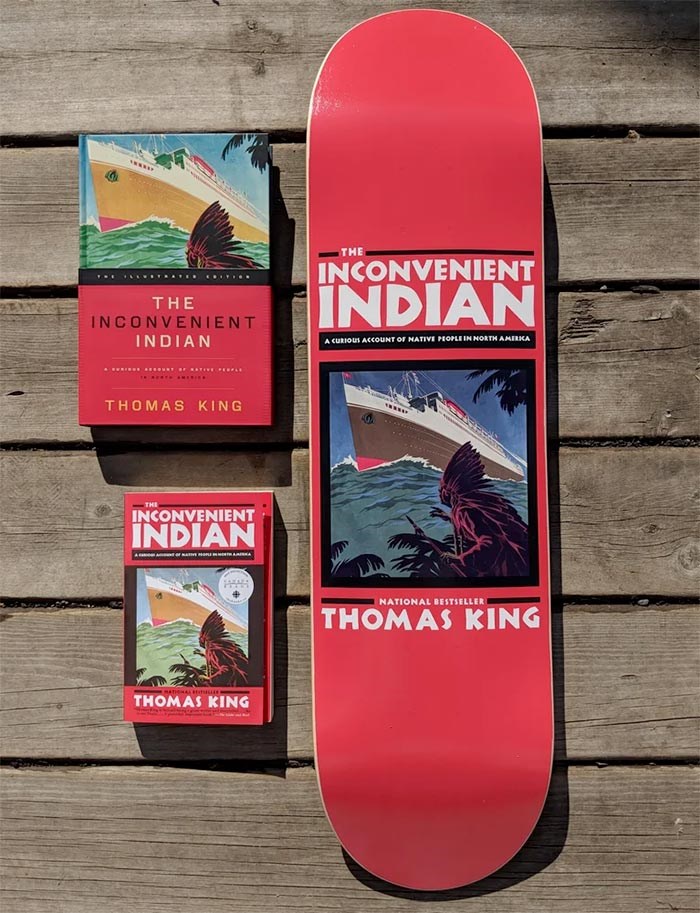 This past weekend they made a huge announcement at the Vancouver Skate Plaza under the Georgia Viaduct; the company has teamed up with amateur skateboarder Joe Buffalo... and turned him pro.

This means Joe now has his own professional model skateboard which people can buy online or from skateboard shops across the country.

As far as we've been able to discern he's the first person who ever attended a residential school in Canada to go pro. 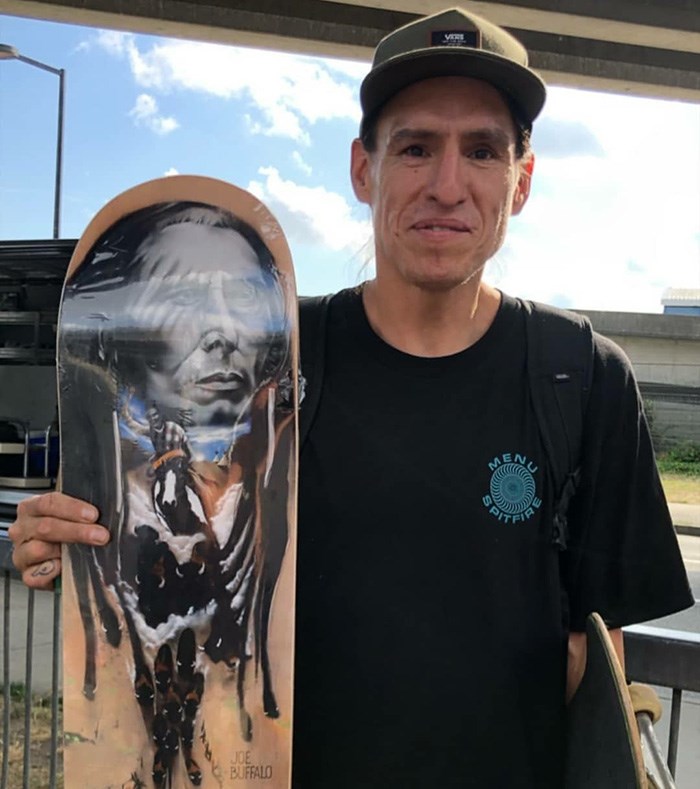 Buffalo has lived in Vancouver for the past ten years and hails from Maskwacis, Alberta (Samson Cree Nation). He's been skateboarding most of his life.

Colonialism's founder Langan tells me the reason they brought him onto the roster is that "Joe's a true warrior. I remember seeing him in videos and magazines... I was always super hyped on him and his skating. He's a perfect fit for the team."

Langan also notes that "It’s important to recognize that Joe attended residential schools for five years... Joe survived this destructive institution, and a lot of Indigenous children didn’t. Skateboarding has helped Joe overcome adversity throughout his life by helping him focus on a positive activity that not only kept him busy but also challenged him to grow."

Speaking with Joe, he told me that he was a paid amateur for a number of years, and has been offered on numerous occasions to go pro for other companies.

He didn't bite at the opportunity until Colonialism approached him; "I've lived the stories that the company talks about, and I just figured it felt right."

"Ever since I was a kid I've always wanted a pro model to tribute [Poundmaker]. Ever since I was old enough to understand I was related to this man, I made a vow to myself that if I ever had a pro graphic I would make it a tribute to him."

Joe tells me that Poundmaker, who died in 1886, was all about peace. He was charged with treason but charges were exonerated in 2019 and he is considered a great leader who stood up to protect his people and their inherent rights (you can learn more about him on Colonialism's website).

The work that Colonialism Skateboards is doing is groundbreaking. If you care about reconciliation you should support them.

You can buy Joe's board from the company directly at Colonialism.ca, or from local skateboard shops Menu in Gastown or Antisocial in Mt Pleasant. 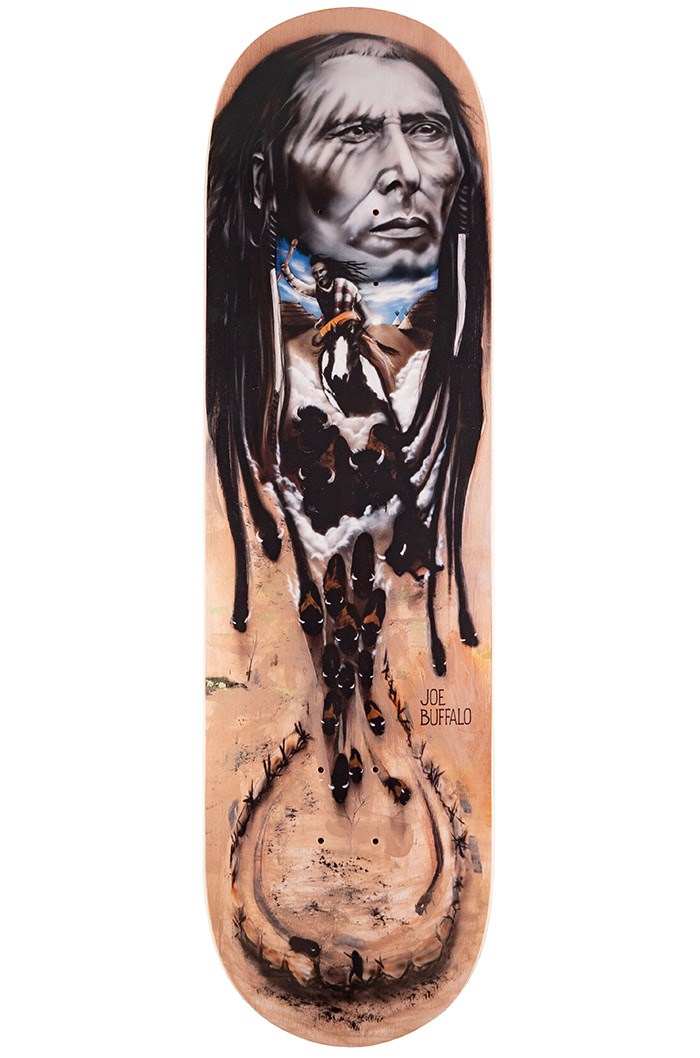