Former B.C. Lions player Josh Boden has been charged with second-degree murder in connection with the death of Kimberly Lynn Hallgarth – his ex-girlfriend.
0
Nov 5, 2018 6:28 AM By: Burnaby Now 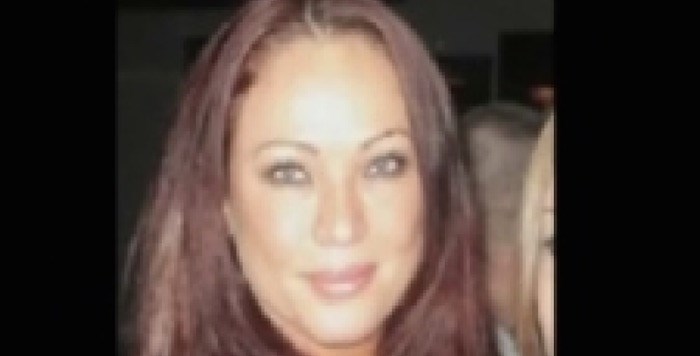 Kimberly Hallgarth was found murdered in her Burnaby home on March 15, 2009. Photograph via Facebook

A charge has finally been laid in the death of Burnaby mom Kimberly Lynn Hallgarth.

Former B.C. Lions player Josh Boden has been charged with second-degree murder in connection with the death of Hallgarth – his ex-girlfriend.

Hallgarth’s body was discovered at her home on Colborne Avenue on March 15, 2009.

Burnaby RCMP had been called to the fourplex for reports of an unconscious woman found inside, according to the Integrated Homicide Investigation Team.

Officers arrived to find Hallgarth dead inside the home with “suspicious injuries,” and IHIT was called in to take over the investigation.

Boden was considered a “person of interest” early on but was never charged.

After nine years, however, IHIT announced Monday new evidence had been gathered to advance the investigation, and charges have been approved against 32-year-old Boden.

He was arrested without incident Friday, according to IHIT.

“I realize the past nine years have been very difficult on Kim’s family, and my deepest condolences go out to them. I thank them for their patience and I hope the news of someone being held accountable for Kim’s death brings some semblance of peace,” IHIT Insp. Dave Chauhan said at a press conference Monday.

In a statement read out at the press conference, Hallgarth’s family called on anyone with information about her death to come forward.

“We strongly urge the accused, his family, friends and acquaintances who were or are aware of any details related to this incident and withheld any information from the police to come forward now and do the right thing,” read the statement. “We understand the accused and his family have also suffered from this senseless act of violence. We can only hope that the accused will cooperate and help everyone involved move forward.” 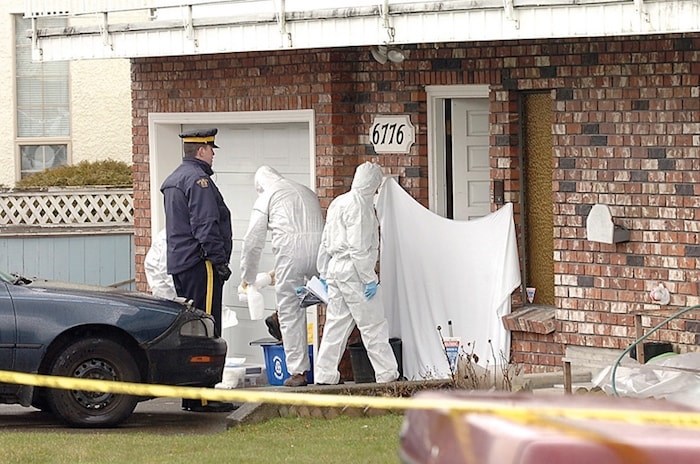 Homicide investigator scour a unit in a Colborne Avenue fourplex in March 2009 after the discovery of Kimberly Halgarth’s body inside. (Burnaby Now file photo)

Hallgarth left behind a young daughter who is being raised by her father in the U.S.

Boden was charged with assaulting Hallgarth in 2008 but was acquitted.

He was scheduled to appear before a judge in B.C. Provincial Court on Monday.

Anyone with information that might further Hallgarth’s murder investigation, are asked to contact IHIT at 1-877-551-IHIT (4448) or ihitinfo@rcmp-grc.gc.ca. To remain anonymous, contact Crime Stoppers at 1-800-222-TIPS.

This story has been updated from a previous version to include further details about the crime.