Kitsilano house gutted by fire was used as short-term rental

A vacant house in Kitsilano used as an Airbnb-type short-term rental went up in flames Thursday. No one was inside at the time.
0
Aug 24, 2018 6:33 AM By: Martha Perkins

Julie Bergeron was meditating on Thursday afternoon when she opened her eyes and couldn’t see anything out the window of her upper storey apartment at Macdonald Street and West Third Avenue.

Almost inured to the ghostly white pall hanging over Vancouver for the past few days, she still knew this was something out of the ordinary.

Julie Bergeron and Rosool Rasooli live in separate apartments in the house next door to the one that burned at Macdonald and West Third. Their house suffered water and smoke damage. (Photograph By MARTHA PERKINS)

“I thought, ‘This is not forest fire smoke. It’s not possible,’” she said a couple of hours later as she stood across the street from her home and watched members of the Vancouver Fire Department continue to douse the smouldering house next door with water.

Bergeron praises how quickly the firefighters arrived even before any flames were noticeable coming from the house next to hers. She's not sure who called it in. 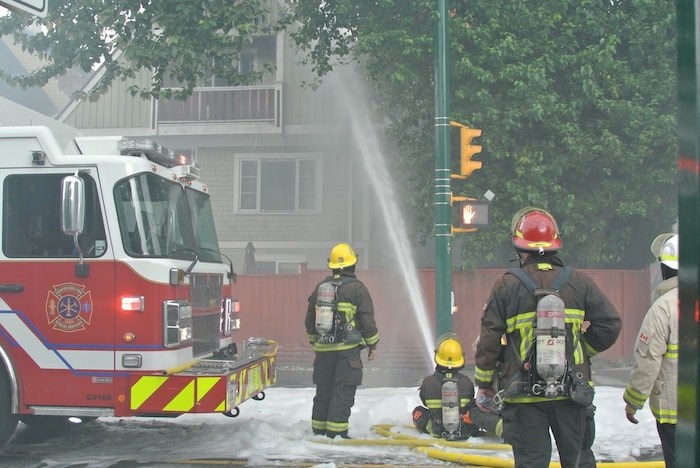 “We thought it was contained but as the minutes went by, we saw flames licking out and hitting our house,” she says. The firefighters “created a wall of water” between the two building to prevent the fire from spreading. 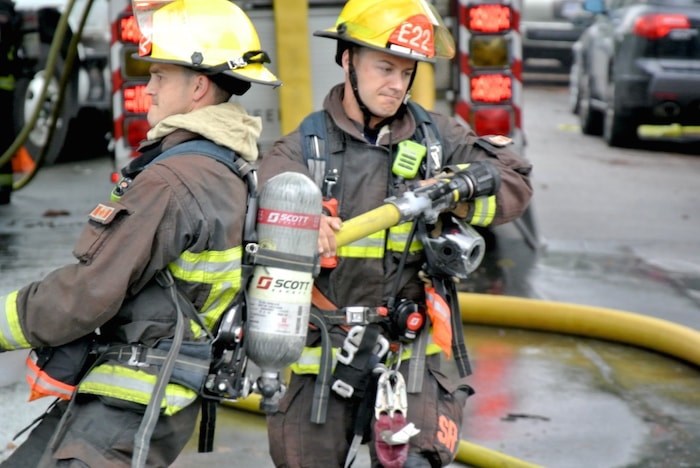 Vancouver firefighters drag the hose to the other side of Macdonald and West Third. – Martha Perkins

It is believed no one was in the house, which sits across from the Jehovah’s Witness, when the fire started. Bergeron says that the house is for sale and that for the past few months it’s been used as an Airbnb-type rental. 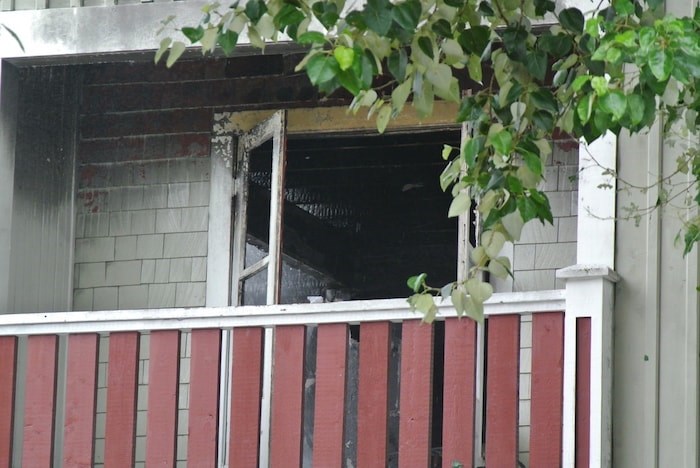 The upper floor was gutted by the flames. – Martha Perkins

Bergeron’s fellow tenant, Rasool Rasooli was not home at the time. He was philosophic about the water damage that was sure to await him when he was allowed to go inside his basement apartment.