Maple Ridge SPCA branch manager Krista Shaw reports that a man heard the tiny cries of kittens near the centre median of 113B Avenue near Airport Way.
0
Jun 27, 2019 2:26 PM By: Elana Shepert

"He heard the kittens crying."

Maple Ridge SPCA branch manager Krista Shaw reports that a man heard the tiny cries of kittens near the centre median of 113B Avenue near Airport Way.

Once he turned off the engine of his large diesel pick-up truck, the finder could hear the faint cries of kittens nearby. He found them trapped inside of a sealed box on a median and brought them to the nearest shelter.

A local vet treated the week old kittens for fleas and from being overheated from being outside in the heat; they are currently doing well.

“The person who found these kittens was waiting for a nearby train to pass and had turned off the engine of his vehicle while he waited,” says Shaw.

“When the engine was off he heard the kittens crying in the box and rescued them.” 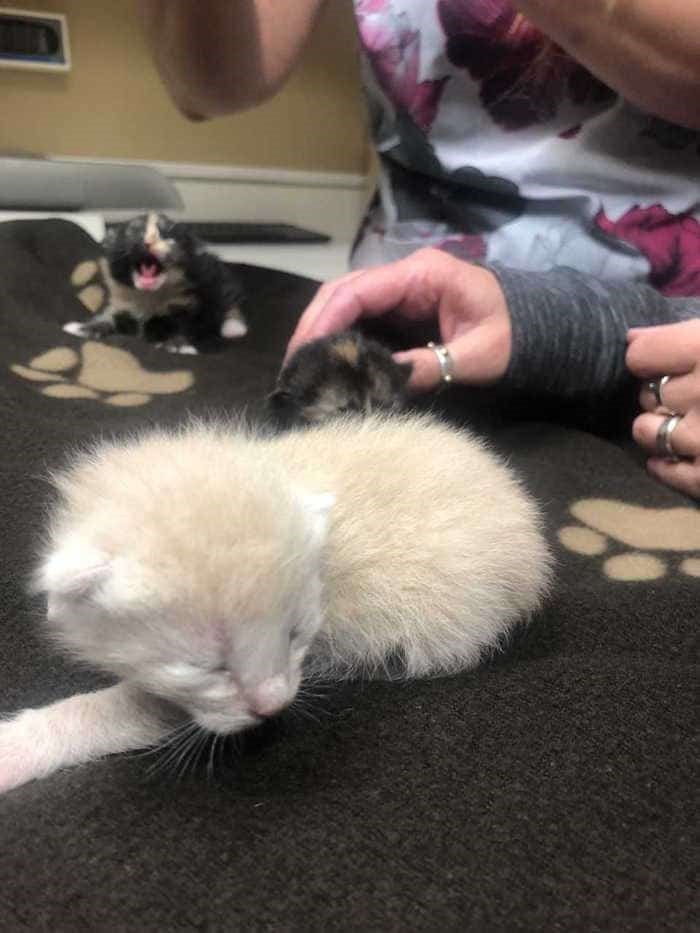 The three female kittens and one male kitten are being bottle-fed and have been placed in foster homes in pairs.

“Their eyes haven’t opened yet. They are very vocal and like to let us know when they are hungry,” says Shaw.

Since abandoned and orphaned kittens need around the clock care, the SPCA requires donations to provide them with help.

Donations can be made at the branch, 10235 Jackson Road, Maple Ridge or online.

All kittens will be ready for adoption in eight weeks.