One of the organizers of a massive party last summer that featured limousines, high-end sports cars and multiple helicopter landings is allegedly giving a Vancouver landlord headaches.
Oct 1, 2019 3:31 PM By: Gary Mckenna 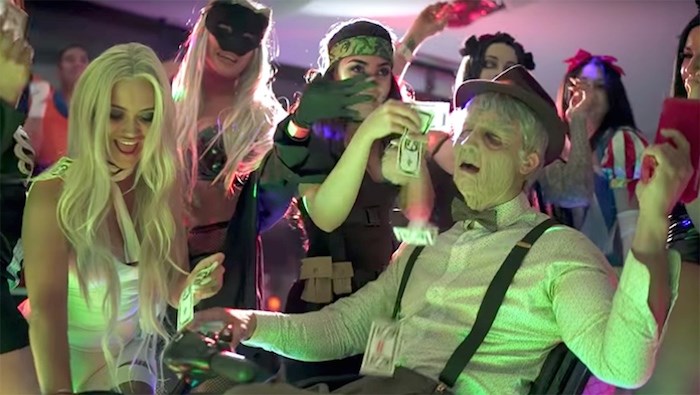 Rees Cameron, right, during a Halloween party at a property he rented on Pacific Street in Vancouver. Last summer, Cameron was one of the organizers of a house party in Anmore that saw multiple helicopter landings and several visits from police. Screenshot/YouTube

One of the organizers of a massive party last summer in a rented Anmore house that featured limousines, high-end sports cars and multiple helicopter landings is allegedly giving another landlord headaches.

Rees Cameron, whose birthday prompted last June's shindig, is being sued by Onni Property Management for $60,000 in unpaid rent on a 4,000-sq. ft. penthouse property on Pacific Street in Vancouver. In a notice of civil claim filed last week, lawyers for the plaintiff are also seeking relief for damage to the unit and strata corporation fines incurred while Cameron lived in the suite.

"As a result of the tenants' breaches, the landlord has suffered damages, loss, and expense and is entitled to general and special damages," states the notice of civil claim.

None of the allegations have been proven in court and the defendants, Cameron and a person named Jodi Howard, have yet to respond.

Last summer, Cameron and his friend Justin Plosz staged a house party in Anmore that cluttered the streets with limousines and high-end sports cars. Several guests arrived by helicopter, which landed in the backyard of the residential property, infuriating Anmore Mayor John McEwen and prompting a Transport Canada investigation. 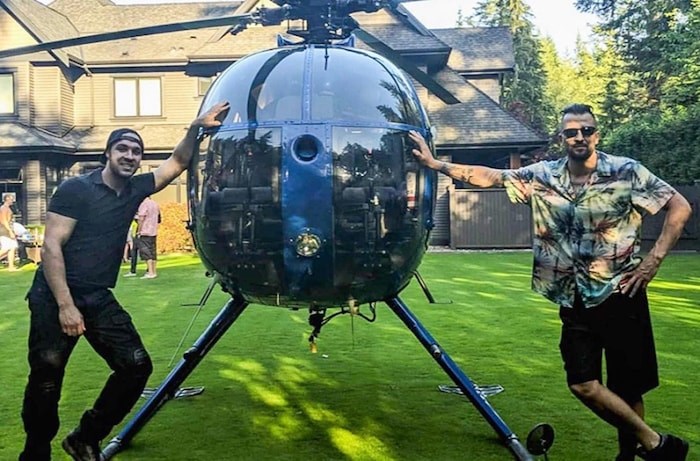 Justin Plosz, right, next to a helicopter that landed in the backyard of his Anmore home.. @mr.public.relations/Instagram

Police visited the property several times over the course of the party and one person had to be resuscitated after overdosing.

"We hit him with a needle but he was a big dude, so we hit him with another one," Plosz said at the time, adding: "He was so lit up, he didn't want to leave."

In the recent court filing, Cameron is alleged to have used the Pacific Street property to host a for-profit party Oct. 27, 2018 in violation of his tenancy agreement.

A six-minute video of last year's Halloween bash is posted to YouTube and shows costume-clad party-goers drinking and dancing in the apartment. Tickets for the event were said to cost upwards of $100 and the evening featured a performance by a Michael Jackson impersonator.

In the clip, Cameron tells Laura Bell, who narrates the video, that he is a "party professional" intent on hosting the most exclusive events in the city.

But the evening hits a snag at 10 p.m., when the police arrive. 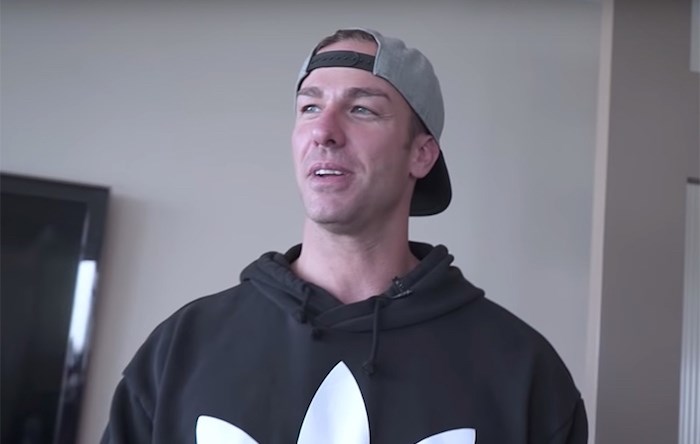 "The police were here because the concierge called them and said the party was out of hand," Cameron says to the camera. "So, we let them up. They took one look and said, 'Yeah, this is fine.'"

The notice of civil claim alleges that a pet was allowed to urinate and defecate on the property. In the video, Cameron states that he had to "clean up dog poo" in order to get ready for the Halloween party.

The plaintiff also alleges the tenant allowed a flood to occur from a drain on the rental unit's deck that caused damage to other units in the building.

Despite an order to evict, lawyers for the plaintiff allege that the Cameron and Howard refused to leave. On May 22 of this year, a court bailiff executed a writ of possession, taking control of the suite and putting the tenants' personal belongings inside a storage locker, according to court documents.

Onni said it has also incurred costs while trying to re-rent the unit. A real estate listing on luxuryrentalsuites.ca states the Pacific Street penthouse is a five-bedroom, seven-bathroom suite that occupies the entire 31st floor of the building, giving residents a 360-degree view of the city.