Landlords group says 4.5% rent hike is just fine with them

Landlords are speaking up about Premier John Horgan’s hints that the 4.5-per-cent maximum rent increase for 2019 might be scrapped.
Sep 18, 2018 3:39 PM By: Burnaby Now 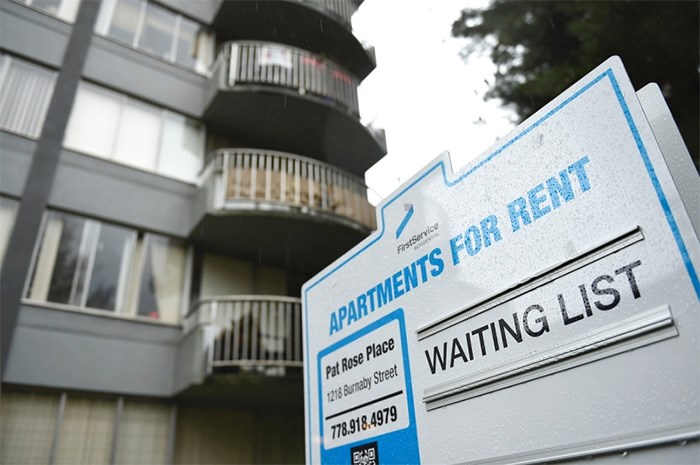 The NDP government’s budget update did not mention the party’s election promise of a $400-a-year renters’ rebate. Photo Dan Toulgoet

Landlords are speaking up about Premier John Horgan’s hints that the 4.5-per-cent maximum rent increase for 2019 might be scrapped.

LandlordBC issued a news release Tuesday afternoon, saying the organization is “very concerned about the possibility that the current maximum allowable increase formula of 2% + CPI under the Residential Tenancy Act will be altered and/or rescinded.

“This would cause serious harm to landlords and renters alike by negatively impacting the long- term viability of the rental housing industry in BC, pushing more landlords in the secondary market to home sharing platforms like Airbnb and, thwart new purpose-built rental development. While our industry is sensitive to the challenges renters are facing, the current formula is inadequate when compared with the actual cost to provide rental housing. Our costs are increasing significantly in excess of what we can increase rents in the current rent control environment, and that has been the situation for more than 10 years.”

Horgan told the Union of B.C. Municipalities convention last week that a task force will be issuing recommendations soon on rental costs, and that the maximum allowable increase will likely be lowered.

The news release from LandlordBC included a link to its 10-year analysis of rental building expenses in comparison with rent increases, and said that LandlordBC acknowledges that affordability is a “crisis” in Metro Vancouver.

LandlordBC also said it was different levels of government who have really profited off the high housing prices.

“However, it is unfair to place the full burden of responsibility for our rental housing crisis on our industry’s back,” the group says. “We did not create this crisis. In fact, we predicted it and were ignored by all levels of government who enthusiastically welcomed all the taxes and fees they were collecting from condo development, when we were begging them for support to build purpose-built rental housing.”

You can find the landlord group’s analysis here.