B.C. Supreme Court has tossed out a lawyer’s attempt to sue online review company Yelp for defamation after a client’s bad review of him.
0
Oct 16, 2019 11:07 AM By: Jeremy Hainsworth 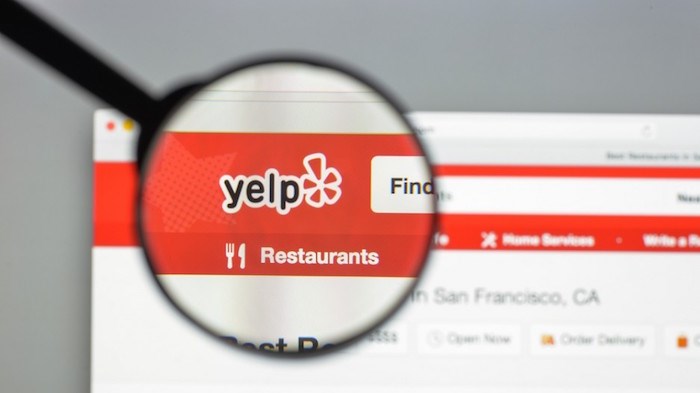 B.C. Supreme Court has tossed out a lawyer’s attempt to sue online review company Yelp for defamation after a client’s bad review of him. Photo: Yelp/Shutterstock

B.C. Supreme Court has tossed out a lawyer’s attempt to sue online review company Yelp for defamation after a client’s bad review of him.

A ruling posted online Oct. 15 said that, in August 2013, Vancouver lawyer Peter T. Busch created a business owner account with Yelp, using an email address. He then claimed the page for the law office of Peter T. Busch, Justice Alan Ross said in the September decision.

Since October 2013, Busch has used his business account to add information about his law office such as its location, special areas of practice, and other information, Ross said. In order to create the account, Busch was required to agree to Yelp's publically available terms of service.

Among those terms of service was a clause stating California law and courts would govern the contract.

While businesses can set up Yelp pages, Yelp allows people to post reviews of those businesses

In April 2017, a client posted a negative review of Bush on the site.

“Upon reading the negative review, the plaintiff took several steps with Yelp to attempt to have it removed. He did not receive any satisfactory response from Yelp.”

“He seeks, among other things, damages for defamation, slander and loss of reputation; damages for civil contempt; punitive and exemplary damages; and a declaration that one or more of the defendants committed a hate crime,” Ross wrote.

Yelp and a subsidiary named in the case, asked for the case to be tossed based on the terms of service, that B.C. courts had no jurisdiction.

Busch, however, argued his relationship with Yelp falls into a grey area, somewhere between that of a consumer and that of a commercial enterprise, that the forum selection clause is unconscionable, that the terms were forced upon him and that he would have a court advantage in B.C.

“He says that a jury in British Columbia would be more sympathetic to his claim than a jury in San Francisco,” Ross wrote.

But, said Ross, Busch acknowledged he read the terms of service before deciding to claim the business page.

“Although he now argues that Yelp has been in breach of those terms, he cannot seek to enforce only part of the contract. He read the contract, and he is bound by it,” Ross wrote.

The judge said he found compelling Yelp’s submission that the U.S. Communications Decency Act would immunize Yelp from a defamation action or liability to pay damages because Yelp would not be liable for the content contained on its web site.

“In effect, Yelp would not be considered a ‘publisher,’” Ross wrote.