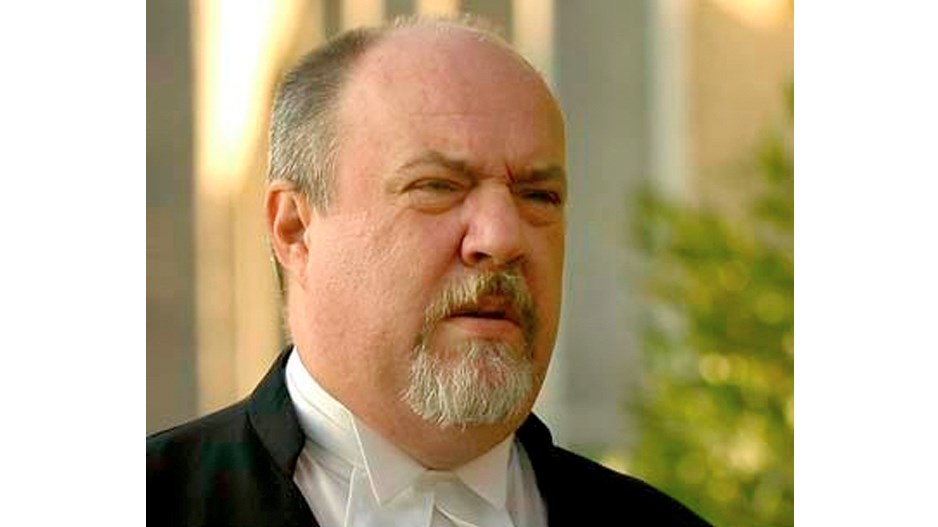 The lawyer who led the prosecution of Canada’s worst serial killer has died of COVID-19-related pneumonia.

Mike Petrie is remembered by colleagues and friends as a skilled lawyer, a dogged champion and a compassionate man.

He died January 5, weeks before his 67th birthday.

After completing education at Vancouver’s Killarney High School, Petrie graduated from the University of British Columbia law school in 1978 and became a Crown lawyer in the East Kootenay the following year.

A decade later, he moved to the Fraser Valley where he worked mainly on major crime prosecutions.

Although he prosecuted many cases, arguably the biggest was that of Port Coquitlam serial killer Robert William Pickton, who was charged with the murders of 26 women and convicted of second-degree murder on six counts in 2007.

Petrie was appointed Queen’s counsel in 2006 by then attorney general Wally Oppal.

Oppal, who headed the inquiry into the Pickton investigation, said Petrie was “a prosecutor’s prosecutor.”

And, Oppal said, Pickton was one of the toughest.

“It was a really difficult time Mike had to put all of that together,” Oppal said. “I don’t think lawyers even understand how difficult it is to put together a case like that and he did it.”

Oppal said as attorney general he wrote to Petrie after the case and expressed his pride in the prosecutor’s work and the debt the province owed.

“He was just highly respected within the profession,” Oppal said. “The defence liked him because he was fair. The judges respected him. It’s a loss to the province.”

Pickton was found guilty in the death of Marnie Frey, one of six second-degree murder convictions in the case of Vancouver’s murdered and missing women, most of them drug-addicted sex workers from the city’s Downtown Eastside.

“He would come out and talk and joke with us,” Frey said. “He was a real good guy, a guy-next-door kind of guy. He kind took the edge off all that horror.”

Petrie is survived by two sons, a grandson, two nieces and a great-niece.

Petrie had survived strokes only to succumb to COVID-related pneumonia.

Oppal said Petrie was lucid until the end and had been in a home.