Liberal Leader Justin Trudeau's election plane sustained some damage in Victoria after a media bus drove under one of its wings Wednesday night.
0
Sep 12, 2019 6:46 AM By: The Canadian Press 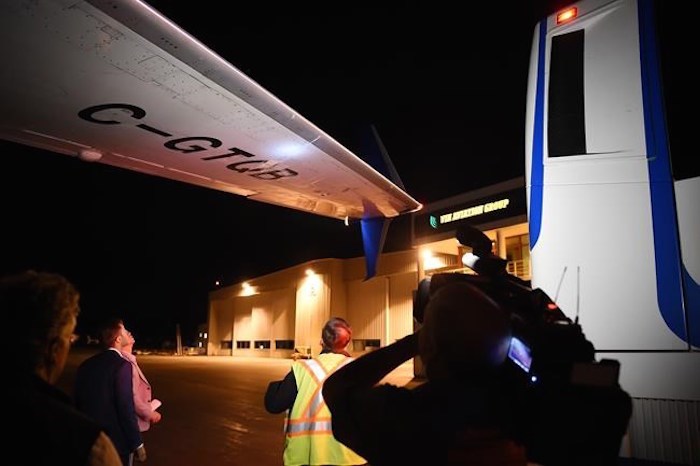 Members of the media inspect the wing from Liberal Leader Justin Trudeau’s campaign plane after being struck by the media bus following landing in Victoria, B.C., on Wednesday, Sept.11, 2019. THE CANADIAN PRESS/Sean Kilpatrick

VICTORIA — Liberal Leader Justin Trudeau's election plane sustained some damage in Victoria after a media bus drove under one of its wings Wednesday night.

The plane had just landed in the British Columbia capital after transporting Trudeau, his team and several journalists travelling with the campaign across the country for Day 1 of the federal election race.

A bus was parked close to the plane to transport the journalists from the tarmac.

As it departed, it drove under the wing of the plane, making a loud scraping sound as the top of the bus slowly dragged under the wing.

Trudeau has a busy flight schedule planned for Thursday with stops in Kamloops, B.C., and Edmonton.

A spokeswoman for Trudeau says everything about the plane will be properly assessed, but for now, Thursday's plans remain the same.