The video shows a driver rolling north on the path meant for pedestrians, cyclists, and mobility devices
Aug 7, 2020 1:34 PM By: Chris Campbell 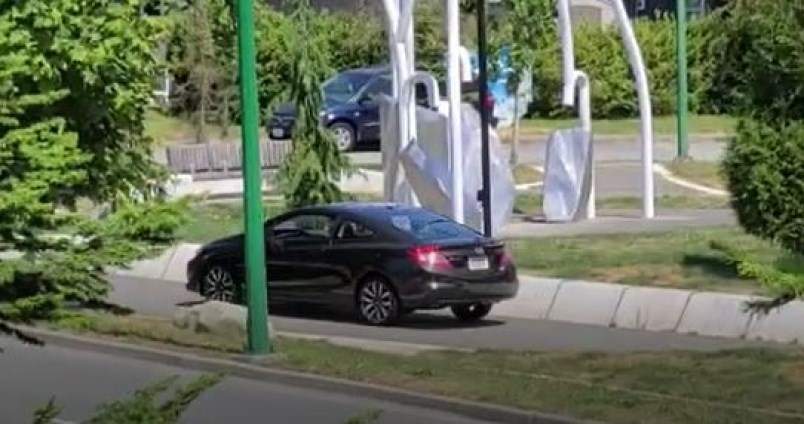 The video shows a driver rolling north on the path meant for pedestrians, cyclists, and mobility devices. Screenshot

It’s shaped in one long strip and was designed to protect pedestrians and cyclists going north and south on Willingdon Avenue in North Burnaby. But one driver put people’s lives in danger in this park.

A video submitted by a Burnaby NOW reader shows a driver rolling north on the pedestrian-cyclist path.

The path was designated to people who are walking or cycling or using a mobility device. It is unclear how or why the driver came to be on the path.

The Willingdon Linear Park is an award winner. The park has received an Envision Silver Award from the Washington, DC-based Institute for Sustainable Infrastructure.

The 1.17-km park opened in July 2018, and consists 13 city blocks of park and trail development along Willingdon Avenue between Hastings Street and Brentwood.