A man accused of impaired and dangerous driving that claimed the life of a woman five years ago is set to go on trial in Richmond later this month.
Jan 11, 2020 1:05 PM By: Kirsten Clarke 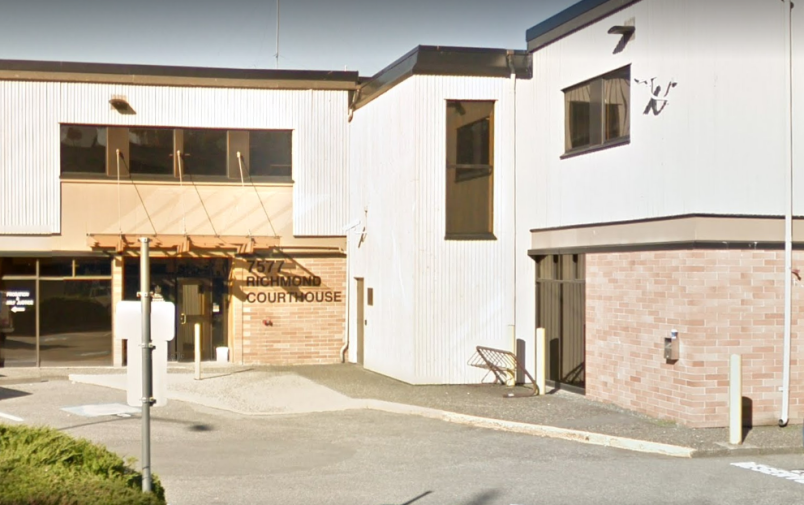 A man accused of drunk, dangerous driving that claimed the life of a woman in 2015 will appear on trial at Richmond Provincial Court later this month. Photograph By Google Maps

A man accused of impaired and dangerous driving that claimed the life of a woman five years ago is set to go on trial in Richmond later this month.

Christopher Dennis MacDonald, 29, has been charged on six counts relating to the July 4, 2015 accident, including dangerous driving; driving above the legal blood alcohol level; and causing bodily harm and death, according to court documents.

In 2015, the News reported that Richmond RCMP responded to a two-vehicle incident on Grant McConachie Way near YVR around 9:45 p.m., after a Porsche 911 replica was apparently struck from behind by a Mercedes.

According to the RCMP at the time, the impact from the Mercedes — driven by then 24-year-old MacDonald, from Vancouver — allegedly sent the Porsche off-road where it then crashed into a tree.

The passenger of the Porshe, Marcela Avila Matamoros, 42, was pronounced dead at hospital. She was visiting from Costa Rica.

The Porsche’s driver, Glenn Taylor — who is from Delta and was aged 50 at the time — was taken to hospital in critical condition, according to a statement from police in 2015.

The 2015 police statement also said alcohol may have been a factor in the crash.

The trial at Richmond Provincial Court is set to begin Jan. 20.