Metro Vancouver Transit Police say a man who allegedly made vulgar sexual comments to a seven-year-old girl while on SkyTrain in Burnaby before groping her has surrendered.
0
Feb 14, 2019 10:20 AM By: Burnaby Now

Metro Vancouver Transit Police say a man who allegedly made vulgar sexual comments to a seven-year-old girl while on SkyTrain in Burnaby before groping her has surrendered. 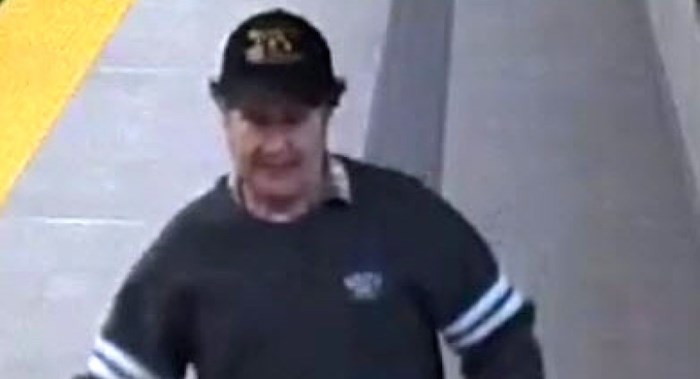 In a message posted on social media, Sgt. Clint Hampton says the suspect turned himself in to police late Wednesday, the same day police issued a release asking for the public's help in identifying the man.

Hampton has not offered any further details but says in a tweet that more information will be provided in an upcoming media release.

At approximately 7:05 p.m. on Saturday, Feb. 2, the child and her mother boarded the SkyTrain at Commercial-Broadway SkyTrain Station. The alleged suspect was already seated on the train, sitting across the aisle from the young girl. During the commute, the suspect directed his attention toward the young girl, trying to attract her attention.

“The suspect allegedly made several comments to the girl that were extremely vulgar and sexual in nature, including explicitly detailing sexual acts he wanted to engage in with the seven-year-old,” said a Transit Police news release. “He then allegedly made several attempts to touch the girl and, at one point, allegedly touched the girl’s buttocks, causing her mother to protectively pull her daughter on to her lap.”

With files from Canadian Press