A man’s “incorrigibility and cavalier disregard for the law” means he will stay in jail until his trial, a B.C. Supreme Court justice decided.
0
Sep 13, 2019 6:00 AM By: New West Record 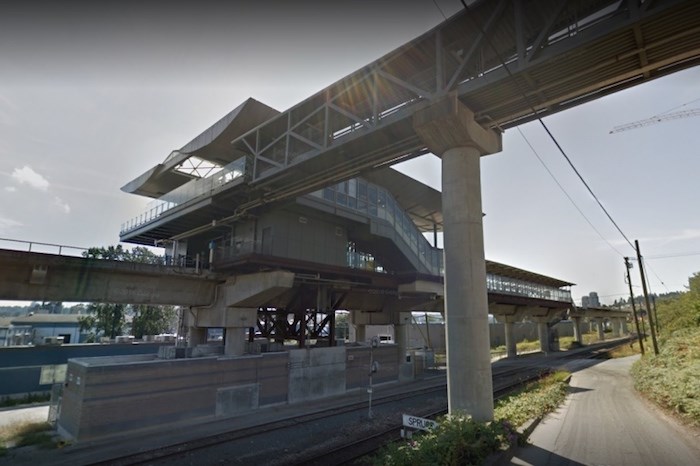 A man’s “incorrigibility and cavalier disregard for the law” means he will stay in jail until his trial, a B.C. Supreme Court justice decided.

But Curtis George Romanowski’s trial over more than $5,000 worth of damage and theft at a New Westminster SkyTrain station was also expedited by the court.

Because Romanowski has been in custody for more than 90 days, he was able to apply for pretrial release, but he was recently denied in New Westminster’s B.C. Supreme Court. Before trial, the onus is, in most cases, on prosecutors to show why an alleged offender should be detained.

On March 7, 2018, a SkyTrain maintenance technician was dispatched to the Sapperton station just before 5 p.m. for an alarm triggered at the maintenance building below the station. On the roof of the building, the technician reportedly found three metal structures that held air conditioning units were damaged, and three copper-containing AC condensers inside were stolen.

From the scene, police found several items, including work gloves, a hacksaw, drill bits, a bag containing some clothing and a syringe. Police were led to Romanowski through DNA testing on some of those items, and he was arrested on Jan. 9 this year and charged with mischief over $5,000, theft over $5,000 and break and enter.

In denying Romanowski’s release, the presiding judge leaned on his lengthy history with the legal system, dating back to 1995. In particular, Justice Martha Devlin cited a May 2018 series of events, which demonstrated the man’s “inability to abide by court orders.”

On May 4, 2018, Romanowski was arrested for break and enter at a vacant residence, and he was released from custody at 6:24 p.m. on a promise to appear in court. Just 29 minutes later, he was arrested again, this time for the theft of copper wire from a construction site.

On those matters, Romanowski was sentenced in June this year to one day in jail with 247 days of credit for time already served.

But Romanowski’s lawyer put forth a release plan that was intended to deal with Romanowski’s addiction and mental health issues, something the justice said has been a driving factor in his criminal record.

When deciding whether or not to allow Romanowski’s release, Devlin had to consider the likelihood of reoffending.

“That answer is supplied easily by reference to what counsel ungenerously terms his ‘unenviable’ criminal record,” Devlin said in her ruling. “His blatant disregard for court orders does not satisfy me that he would abide by the conditions of his release, even if strict conditions are imposed.”

Devlin also directed that Romanowski’s trial be expedited – while he was originally scheduled for trial in January 2020, the matter is now set for trial on Oct. 17.