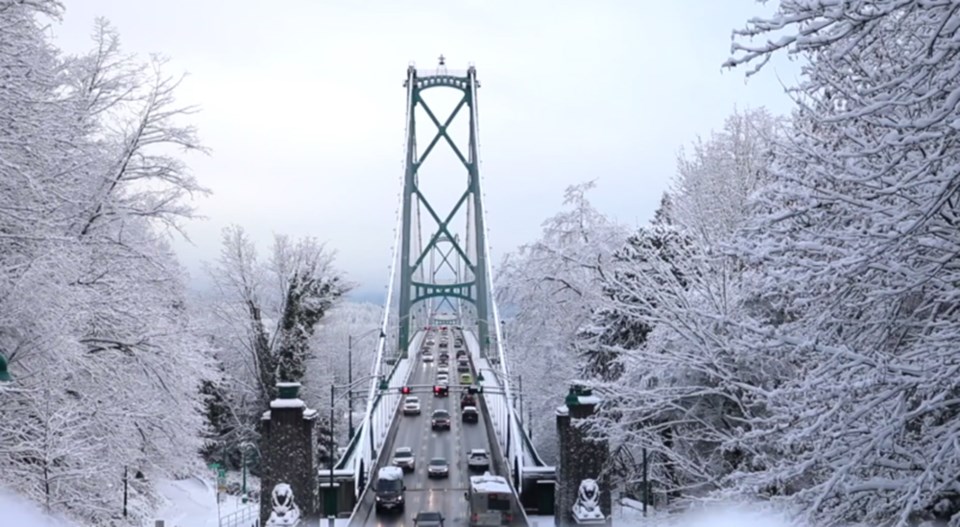 When life gives you lemons, you make lemonade.

And when it snows in traffic, you make snowpeople.

The Lions Gate Bridge was closed in both directions in the evening on Sunday, Jan. 12 as the Lower Mainland was hit with heavy snowfall. And while most the majority of drivers decided to stay warm and cozy during their lengthy wait, one man decided to make the most of the frosty delay.

Leondardo Schmitz shared a video to his Twitter account of a man who got out of his vehicle and started rolling up a big ball of snow. Although it isn't clear that his goal was to create a snowman, it certainly appears that he was in the intial stages of creating one in the footage.

A person is also overheard during the video saying, "Stuck in traffic, that's what you do," as well as, "half-an-hour already here."

@AM730Traffic waiting at Lions Gate bridge for an hour so far pic.twitter.com/4qFXU4Umap

Frigid temperatures have prompted Environment Canada to issue more weather warnings for many parts of the British Columbia and Alberta, while snow snarled the morning commute in Metro Vancouver.