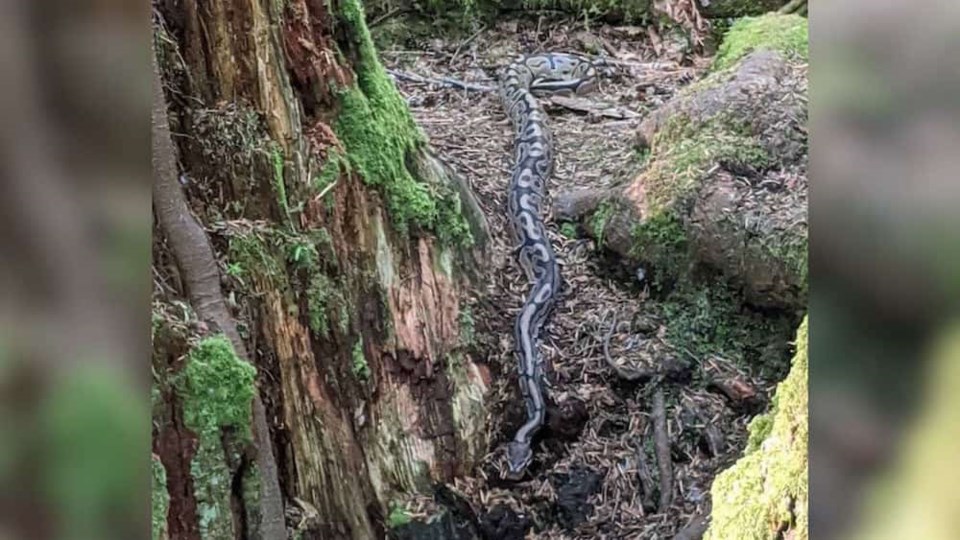 A Langley man encountered a rather unusual animal in a Metro Vancouver park on Tuesday.

Paul Peterson says he was walking on a trail in Surrey's Tynehead Regional Park when he spotted the reptile, which he thinks was roughly four-feet-long.

In a Facebook post, Peterson says it was, " Quite the shock seeing it out of the corner of my eye when I was walking the trail."

In a comment, Peterson said  he got as close to the ball python as he felt comfortable - a couple of feet - in order to get a good picture.

"Didn't seem that threatening but I wasn't willing to pet it," he remarked.

He added that people should, "Keep your small dogs close," but then later confirmed that animal control has collected the snake. 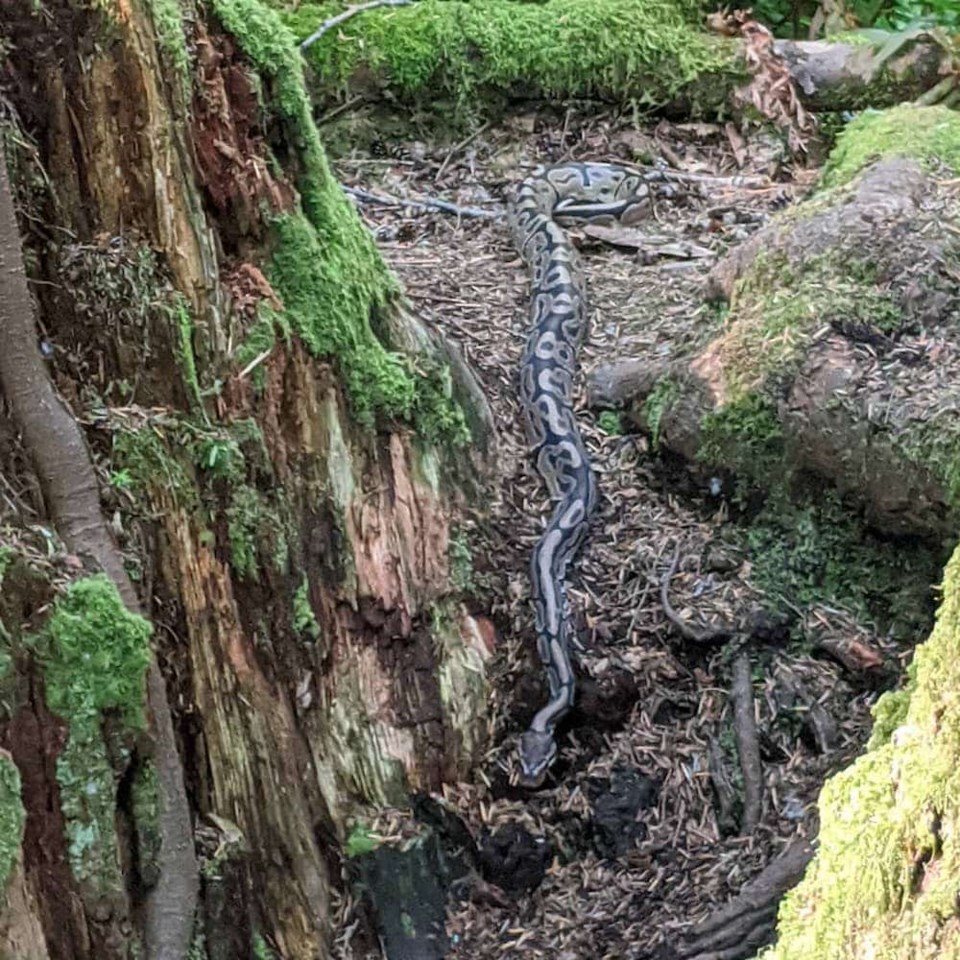 The post has been shared a whopping 559 times since it was posted on May 19.

Vancouver Is Awesome has reached out to the West Coast Reptile Education Society for more information and will update the post when it becomes available.