Man alleges that stranger intentionally coughed in his face (PHOTO)

"I mean here we are, in the middle of a pandemic where people are getting sick and being told to be considerate of others and to stay 2 meters away and to practice proper hygiene etiquette."
Mar 28, 2020 10:20 PM By: Elana Shepert 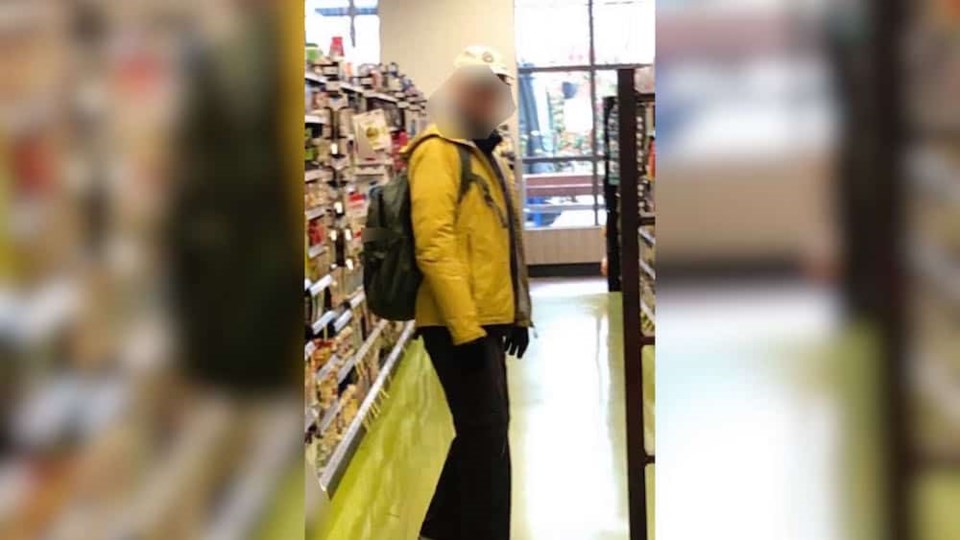 A man claims that another man intentionally coughed in his face while he was shopping at a Save-On-Foods in Richmond on Friday.

Daryl Tagabi tells Vancouver Is Awesome that he was wearing a mask while shopping at the Save-On-Foods on Chatham St. in Steveston on March 27. He notes that several people were also wearing masks while he was there.

Tagabi reports that he felt someone observing at him while he was looking at various types of crackers. However, he didn't find it unusual as he assumed the man was waiting for him to finish selecting an item.

"When i couldn’t find what i was looking for, i proceeded to move on with my grocery list," explains Tagabi.

"I walked towards the man and when i passed by him, the moment my face was in-front of his, he couched down and coughed directly in my face. Mind you he raised his hand to his mouth but the way he coughed was so exaggerated that it looked intentional."

After he coughed, Tagabi says the man turned around and smiled at him.

"It took me second to process what just happened. I mean here we are, in the middle of a pandemic where people are getting sick and being told to be considerate of others and to stay 2 meters away and to practice proper hygiene etiquette."

"I cannot fathom the society we live in today, especially during a worldwide pandemic where people are supposed to be uniting with each other."

Tagabi adds that the man also told him: “keep your distance and stay away from me.”

"At this point i was livid. Like who the hell are you to cough on someone smile and then tell them to stay away from you," he remarks. "Just because i’m asian does not give him a right to act this way, and that makes it racist."

Tagabi adds that he reported the incident to the manager, but he was told to work it out on his own and that the store had no control over the situation. When he explained that there was also an employee who witnessed the incident, the manager reaffirmed that he couldn't do anything to help.

"With everything going on, and now thanks to this individual. I am now panicking and paranoid that i may be infected. And if in any case i am infected i am frustrated and scared that i may be infecting others around me, my girlfriend, my family, my coworkers who are part of the essential workforce," he says.

"I am very disappointed of how this situation concluded."

Cpl. Dennis Hwang, a media spokesperson for the Richmond RCMP, told V.I.A. that the detachment has received a complaint of a person allegedly coughing at someone on purpose in Richmond. He adds that RCMP is investigating that incident. However, he will not confirm that these two incidents are related.

V.I.A. reached out to Save-On-Foods and has not received a response.