Man strikes at anti-masker with bike during Vancouver demonstration (VIDEO)

Vancouver police are recommending charges of mischief and assault with a weapon
Apr 7, 2021 6:30 PM By: Elana Shepert 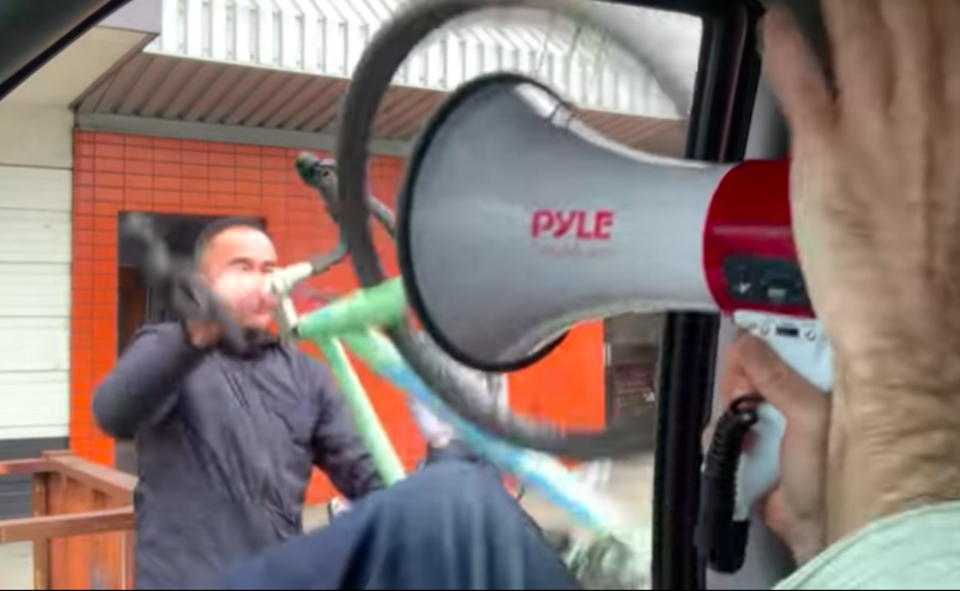 Vancouver police are recommending charges against a man who shoved his bike through the car window of an "anti-masker" and struck him repeatedly. Photo via Woke As Media / YouTube

Vancouver police are recommending charges against a man who shoved his bike through the car window of an "anti-masker" and struck at him repeatedly.

On March 27 around 3:30 p.m., a convoy of vehicles participated in an anti-mask rally on Main Street.

Alexander Lasarev, a known conspiracy theorist who took part in the Vancouver NYE anti-mask rally, was riding in the passenger side of a vehicle participating in the demonstration. He was talking into a bullhorn and pointing it out the window.

There was a confrontation between Lasarev and a cyclist, who was captured on video striking the vehicle repeatedly with his bicycle.

VPD Cst. Tania Visintin tells Vancouver Is Awesome that witnesses to the incident detained the cyclist until Vancouver Police arrived and took custody of him.

"VPD is recommending charges of mischief and assault with a weapon against a 52-year-old man from Vancouver," she adds.

Lasarev shared a video of the incident to his social media channels.

Previously, Lasarev walked into the Kerrisdale Cameras location in Kerrisdale without a mask on. However, he stated that he did not have a medical exemption.

In his video of that encounter, Lasarev claims discrimination under the Canadian Charter of Rights and Freedoms and threatens to take the staff to court. He then goes on to call the staff brainwashed and afraid. Near the end of the video, Lasarev says he “explained” a few things to the staff for “a good 10 minutes.”