Man wanted for 'disgusting act' towards senior on a Burnaby street

Woman approached by stranger who made lewd comment, exposed himself and masturbated, according to police
Jun 24, 2021 3:59 PM By: Cornelia Naylor 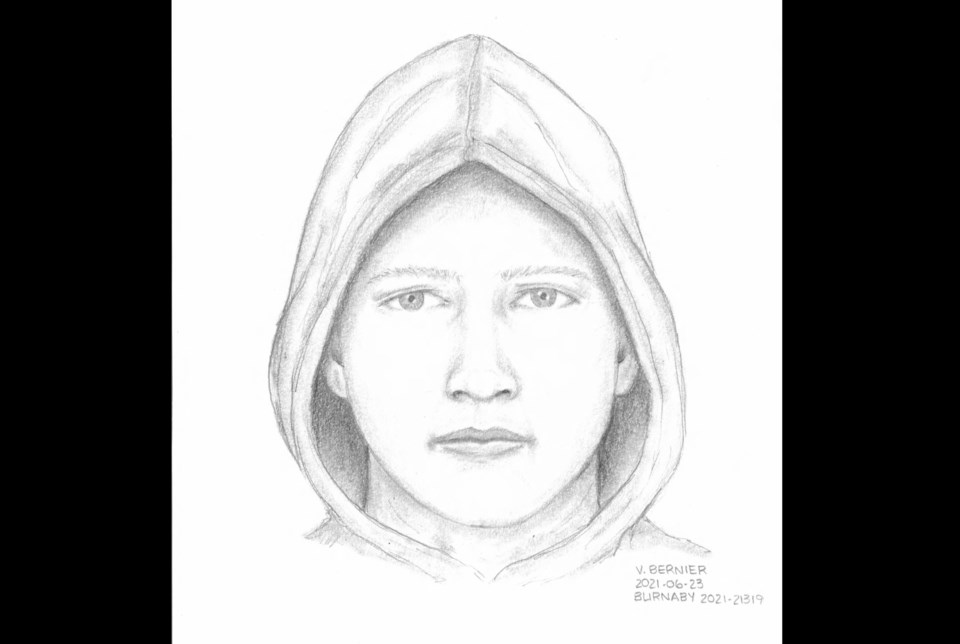 Burnaby RCMP are looking for help finding a man who allegedly targeted a senior in an indecent act last week.Burnaby RCMP

The woman was walking on Mary Avenue between Vista Crescent and Edmonds Street at about 7:15 p.m. last Friday when she was approached by a stranger who tried to initiate a conversation, according to a Burnaby RCMP news release.

When the victim walked away, the suspect made the lewd comment before committing the indecent acts, the release said.

Burnaby RCMP released a police sketch of the suspect on Thursday.

He is described as a white man in his mid- to late 20s, about six-feet tall with an athletic build.

He was wearing black track pants and a black hoodie with splashes of red.

“This was a disgusting act,” said spokesperson Cpl. Mike Kalanj in the release. “We are asking people to take a look at this composite sketch and to contact Burnaby RCMP right away if they recognize the suspect or have any information on his identity. While there have not been any similar incidents reported in the area recently, we want to make sure this doesn’t happen again to anyone else.”

Burnaby RCMP victim services has offered support to the victim, according to the release.

(Update) Machete but no evidence of gunshots found after dispute near Burnaby school
Jun 23, 2021 10:53 AM