Last week, the City of Vancouver approved controversial temporary modular housing for homeless and low-income people living in Marpole. This was followed by a series of protests by local residents regarding concerns over the site's proximity to three local schools. 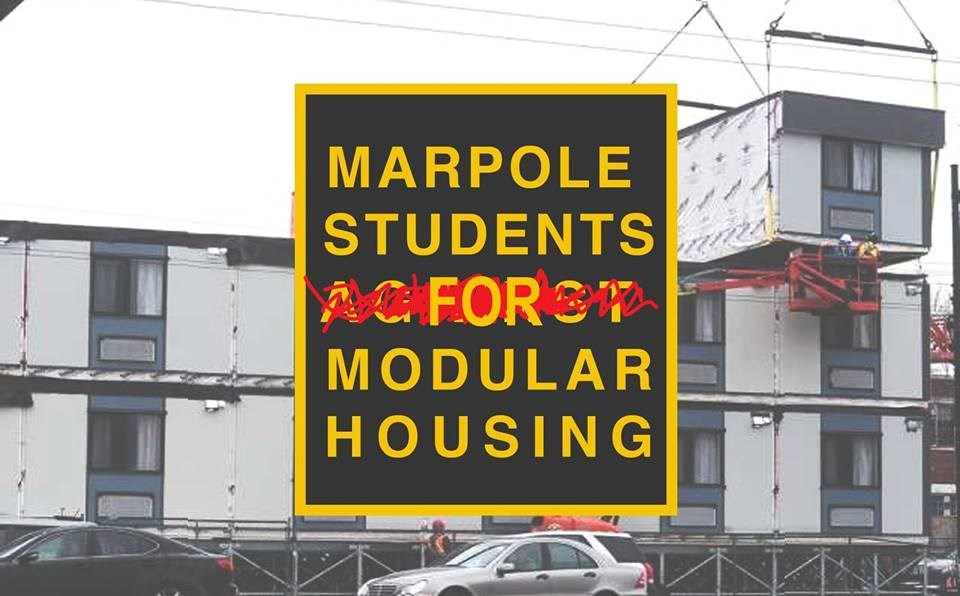 In response, a group of students has organized under the name, "Marpole Students for Modular Housing". They organized a welcoming demonstration at the housing site on December 5th. Students came out in support, playing music and holding signs reading "#WeWelcomeYou" and "#I'mNotAfraid".

The Facebook page for the group was created on November 6, 2017. The page's about section reads, "We are students of Sir Winston Churchill Secondary school, here to share our message of compassion and inclusivity."

Protests by residents against the housing project have caused delays in construction. The Supreme Court of B.C. has since ordered that no one "obstruct or prevent" access to the site. The estimated completion date for the housing has been pushed back to the end of Winter 2018.

The approved temporary modular housing will provide 78 units for homeless and low-income people. It’s estimated that there are currently more than 2,100 homeless people living in Vancouver.