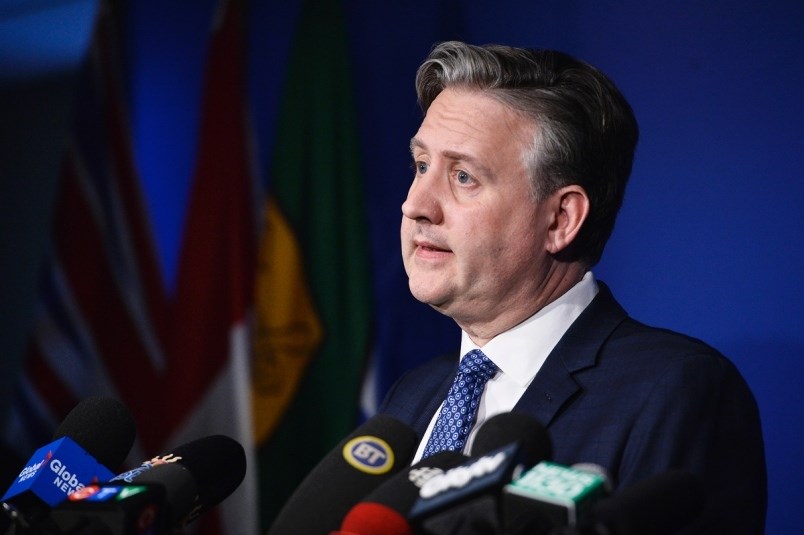 A shipment of Herman Miller Furniture chairs, which typically sell for more than $1,000 each, were seen being hauled into city premises at 453 West 12 Ave.

The sight was particularly concerning considering the COVID-19 pandemic has strained the municipality's finances.

“I was disappointed like others, to see that purchase had been made when we are in quite tough financial times,” the mayor told reporters at a Sept. 17 press conference.

Stewart said city council voted in favour of general maintenance and upgrades to the "very old city hall," but "council does not vote on furniture.”

$316,800 in furniture was purchased as part of a $2.6-million renovation of city hall's second floor, spending approved in the city's current capital budget.

“Wasting taxpayers’ money like this is gross at the best of times,” the Canadian Taxpayers Federation's B.C. director Kris Sims said. “To spend taxpayers’ money buying expensive designer office chairs while thousands of us struggle with reduced salaries and lost businesses is a slap in the face.”

Still, the mayor has asked city manager, Sadhu Johnston, to review the purchases.

Stewart assured the public, “going forward, our focus will be square on making sure that all necessary funds are spent on tackling COVID and getting us all back on track.”

The mayor did not clarify whether, if found a purchasing error, the chairs would be refunded.

He just said, “they will be reviewing the purchase.”

With a file from Jeremy Hainsworth

Vancouver city council pushes for tiny house villages for homeless people
Sep 14, 2020 6:41 PM
Comments
We welcome your feedback and encourage you to share your thoughts. We ask that you be respectful of others and their points of view, refrain from personal attacks and stay on topic. To learn about our commenting policies and how we moderate, please read our Community Guidelines.