Police record nine hate crimes against Asians in 2020, compared to total of 12 for all of last year

Mayor Kennedy Stewart has condemned a rise in racially motivated attacks and hate graffiti against Asians that have occurred in Vancouver since the pandemic was declared in mid-March.

Stewart opened his weekly briefing to reporters Wednesday saying diversity is the city’s strength and that hate of any kind has no place in Vancouver.

“It angers me to see some people commit such hateful acts,” he said from city hall.

Vancouver police reported last week that officers had seen an increase this year in anti-Asian hate-motivated incidents and criminal behaviour.

Eleven hate crimes were reported to police in March, with five of those having “an anti-Asian element.” So far this year, police received reports of nine hate crimes against Asians, which is a substantial increase over 12 for all of last year.

The mayor said hate speech was recently spray-painted on the Chinese Cultural Centre in Chinatown. He also mentioned reports of verbal abuse on the streets against people who appear to have Asian heritage.

In a recent case that was widely reported by media, a 92-year-old Asian man with dementia was thrown to the sidewalk outside a convenience store March 13 near Nanaimo and East First Avenue.

Police said the man who assaulted the senior yelled racist remarks at him, including comments about COVID-19, the infectious disease that was first recognized in China.

Police have since identified a suspect.

“I want everyone to know that these actions will not be tolerated,” the mayor said.

“The Vancouver Police Department takes these actions, and others like it, extremely seriously, and the city does, too.”

Stewart’s concern about the rise in anti-Asian hate crimes came the same day that Metro Vancouver Transit Police announced a young woman was assaulted April 25 on the SkyTrain at Waterfront Station.

She received a cut above her eye, a bloody nose and “significant” swelling to her face in the attack that occurred around 8 a.m., police said in a news release.

Police said a man had been staring at the woman. When she asked if something was wrong, the man yelled at her: “You people are why my daughter is sick.”

When the car stopped at Burrard Station, the man pushed the woman through the open doors and grabbed her cell phone. The victim yelled for help, with two “Good Samaritans” able to retrieve her bag from the man, who allegedly threw the woman's phone against a wall and broke it, police said.

Police distributed photographs of the suspect, who is described as South Asian, 40 to 50 years old, about five-foot-five to five-foot-seven tall, medium build and salt-and-pepper beard. 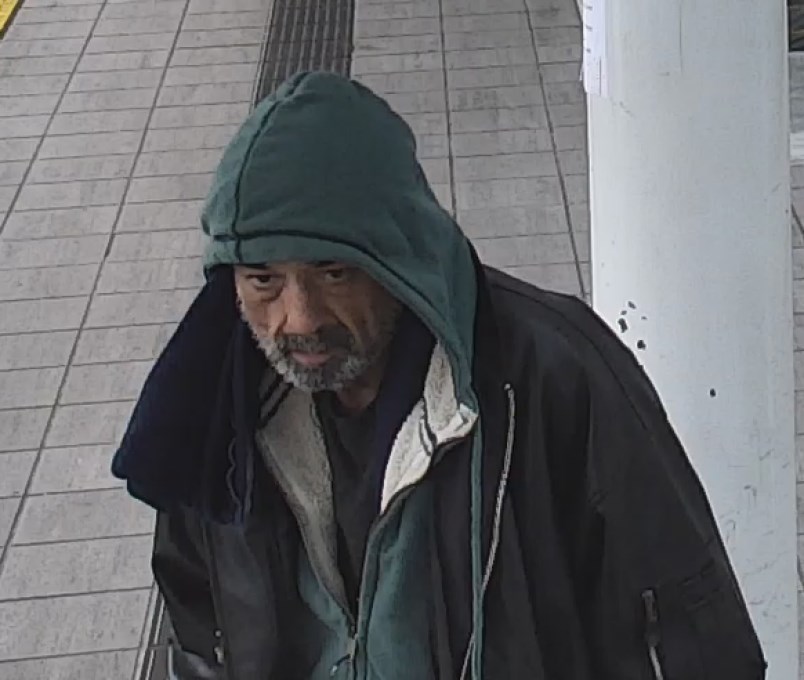 At the time, Abbott said hate crimes were “significantly underreported,” but the types of crimes or incidents most commonly investigated are related to graffiti, harassment, assaults and suspicious circumstances.

The most targeted populations are Jewish, Muslim, LGBTQ2S+, Asian and black people, she said.

The mayor noted May is Asian heritage month.

“And this year, I ask all of us — no matter our ancestry — to take a moment to reflect how much richer our lives are for living in a city with such vibrant, historical and present day connections to Asia,” he said.

“I want us all to commit this month, and all year long, to actively denounce hateful actions and support those fighting hard to make our city even more inclusive and welcoming.”