Is MEC losing money or investing for the future?

$11.5m loss raises questions over whether retailer is strategically restructuring or falling behind.
0
Dec 13, 2019 5:04 PM By: Tyler Orton 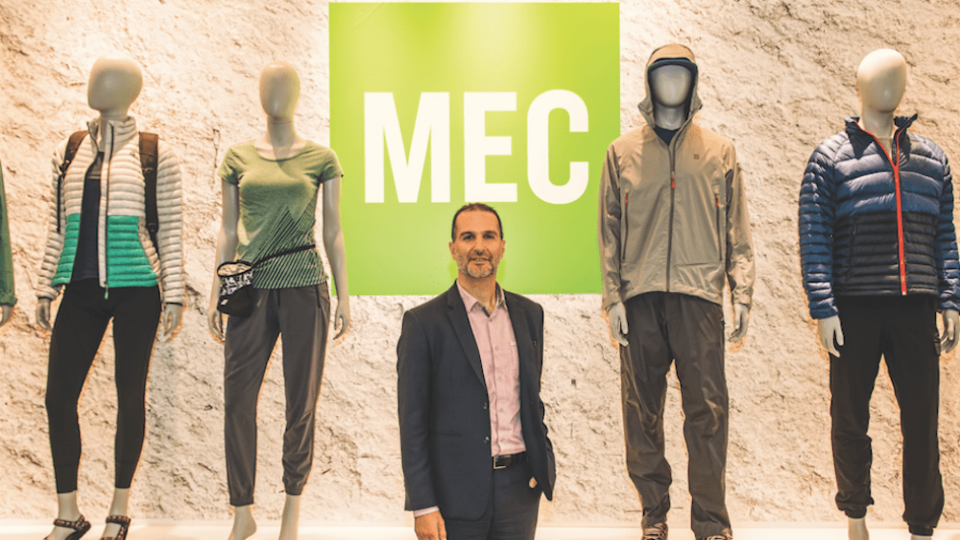 Mountain Equipment Co-op CEO Phil Arrata took over as the head of the retailer over the summer | Photo: Chung Chow

An $11.5 million loss for a retailer over one year no doubt sounds like a tidy sum to the average Vancouverite.

But context is everything, according to retail analyst David Ian Gray.

“If it was a small, three-store local chain and it was $11 million on, say, $20 million in annual sales, that could implode that business,” said the founder of DIG360 Consulting Ltd.

But with Mountain Equipment Co-op (MEC), an $11.5 million loss on $462 million in sales across 22 stores reframes the boardroom conversation.

The Vancouver-based outdoor-lifestyle retailer found itself at the centre of attention in late November when media reports emerged about MEC’s latest annual financial results.

MEC’s last fiscal year ended February 24, and its financial statement was made available to the public in June.

Gray said the timing of the media blitz raised an eyebrow, noting that nominations for board elections are coming up next month.

Arrata has been shepherding a plan instituted by former CEO David Labistour to future-proof the retailer to become more competitive amid a constantly changing retail landscape.

To achieve that, MEC has been working to achieve a scale of operations to self-fund that sort of competitive transformation, according to Gray.

“My belief is, like many other retailers, they ended up putting in some big [information technology] systems change,” he said, adding that those updates likely ran long and generated unintended cost overruns.

Gray said it usually takes about a year or two for new stores to sort themselves out and begin performing similarly to others within a chain.

So the one-year picture drawn from MEC’s fiscal 2018-19 doesn’t alarm him.

“And I’m going to be very critical of MEC here: I think they’ve done a poor job of telling a story to answer these questions,” Gray said.

In a blog post accompanying the 2018-19 financial statement, then-CEO Labistour said the company had restructured its product, operations, communications and marketing, and supply chain teams “to be more integrated and responsive.”

He said the significant cost of this undertaking was reflected in the financial results.

“We need to invest and grow to ensure we have the tools and profile to compete. I believe these investments, burgeoning e-commerce operation and sustainable brand direction have set us on the right path for the future,” MEC board chairwoman Ellen Pekeles said in a separate post accompanying the financial statement.

“MEC really attained a lot of market share from, I guess you’d say, a lack of competition for quite a few years,” Patterson said, noting that it offered a different value proposition, selection and pricing than the likes of Sport Chek or Sports Experts Inc.

But France’s Decathlon S.A. – the Ikea of sports stores, as Patterson describes it – is now spreading throughout Canada with stores opening in Quebec and Ontario.

And Toronto-based Sporting Life – more akin to the Holt  Renfrew of sports stores, according to Patterson – just opened its first B.C. store at the Amazing Brentwood mall in Burnaby.

This comes at a time when MEC has also been expanding its presence across Canada and refurbishing existing units.

“MEC may have opened too many stores too quickly,” Patterson said.

“Landlords are charging pretty high rents in different locations, and that becomes a massive expense for retailers. If consumers are shifting either online or to competitors, retailers still have to pay that rent.”

It’s a development Patterson said would give any retailer reason to pause.

“They’ve got decent locations; they’ve got a great retail experience in their stores. I do think that there’s certainly a brand equity there,” he said.

“Is MEC able to maintain market share at a time when so many other retailers are coming in?”