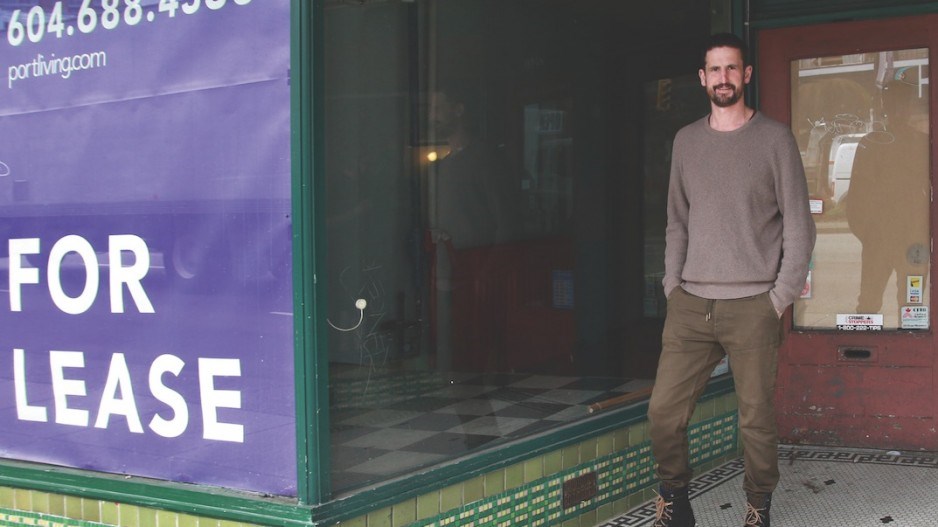 A Vancouver Green Party member, a retired software sales person with no political affiliations and a former campaign manager for an NPA mayoral candidate are among the 15 people attempting to remove Green Party city councillor Michael Wiebe from office.

Terry Martin, Robert Murray and Douglas Leung are named in a petition that was filed in B.C. Supreme Court last Friday to begin the process to oust Wiebe over a conflict-of-interest case related to his vote in May on the city’s temporary patio program.

“I’m a Green Party member, but I’m not afraid to criticize my own party,” Martin said. “I think principle is far more important than party. As soon as your principles take second seat to your party, you’ve lost all integrity, in my opinion.”

Added Martin: “I don’t see it as a personal attack. Let’s see what the courts have to say. If we’re wrong, then we’re wrong and he’s in the clear.”

The document with Martin’s name listed on it and 14 others has yet to be posted electronically to the online court registry, but lawyer Wes Mussio confirmed Saturday it was filed and shared a copy with Glacier Media.

Glacier Media reported Friday that the names of NPA president David Mawhinney and Michael Redmond, the retired lawyer whose complaint in June against Wiebe led to an investigation ordered by Mayor Kennedy Stewart, would be among the electors listed in the document, which they are.

Martin’s involvement in the case, he said, along with Murray’s, counteract the narrative that the court action is being driven by the NPA, as some municipal government enthusiasts on social media have charged.

He believes five of the 15 petitioners are NPA members, but couldn’t name them.

“None of those folks are in my circle,” he said, when Glacier Media read him the list of names on the document.

Martin is a former chairperson of the City of Vancouver’s board of variance and was once treasurer of the left-leaning COPE party. In 2018, he ran unsuccessfully for a council nomination with the Green Party.

In 2011, he ran unsuccessfully for a council seat with Neighbourhoods for a Sustainable Vancouver. He is still a member of the organization, but said he planned to resign from it Sunday.

The action that he and the 14 others are taking against Wiebe was an option outlined in a report conducted by lawyer Raymond Young into an allegation from Redmond that Wiebe’s vote in May in favour of a temporary patio program for restaurants, bars and breweries put the councillor in breach of the city’s Code of Conduct.

Wiebe owns Eight ½ restaurant and is an investor in Portside Pub in Gastown.

Both businesses received patio licences, with Wiebe among the first 14 business operators announced June 5 by the city. Redmond filed his complaint June 29 to the offices of the mayor and city manager Sadhu Johnston.

The mayor appointed Young, who concluded in his report that Wiebe “is disqualified from holding office until the next election” in October 2022.

He also said “it would be appropriate for councillor Wiebe to resign his seat on council,” and that if Wiebe chooses not to voluntary resign, the Vancouver Charter allows 10 or more electors in the city to petition the court, or have the city apply for a court order to remove him.

Murray, who said he has no civic political affiliations and is retired from sales and marketing work in software, said he and the 14 people on the list came together via Facebook, email and “friends of friends.”

The question was asked if anyone knew a lawyer, he said, and someone mentioned Mussio, who agreed to act on behalf of the group. Mussio is a former NPA board member.

“I put up a posting on Facebook a while back and said, ‘I just think that this is wrong that nobody’s taking this conflict-of-interest thing seriously,’ and a bunch of people got in touch with me and we just kind of went from there,” Murray said.

“I mean I don’t even know who all of them are. We’ve all kind of done a bit here and there [to organize the petition]. I wouldn’t want to suggest that it’s organized in the sense of having really powerful leadership anywhere.”

He added his name to the list after reading news stories that surfaced last month about Young’s findings and wanted to take further action. Murray said he has never met Wiebe and doesn’t wish him any ill will.

“I just think that it was a really kind of outstanding and blatant action that contravened the city’s Code of Conduct,” he said, dismissing the court challenge is being driven by the NPA.

Leung’s connection to the NPA goes back at least 15 years when he helped his wife, Heather Holden, successfully run for park board with the party. He said he is not active in the party, with his most recent involvement being when he ran Kirk LaPointe’s mayoral campaign in 2014. (LaPointe is now publisher and editor-in-chief of Business in Vancouver, and vice-president of editorial, Glacier Media Group).

He said he doesn’t know any of the other people involved in the petition, including Mussio. A while ago, he said, he notified a former male city councillor, who is active on Twitter and was commenting on the Wiebe case, that he would put his name forward, if court action was launched.

“I just let it be known that should there be a pending action that required citizens to sign up to support, I’d be happy to do that,” said Leung, who wouldn’t disclose the name of the former councillor, or his party affiliation.

Like Martin and Murray, he dismissed the court action was politically motivated.

He ran B.C. Liberal leader Andrew Wilkinson’s nomination campaign and his first election campaign in 2013. At one time, he said, he also introduced people to Wiebe’s council colleague, Pete Fry, and distributed flyers for him when Fry attempted to win a council seat with the Greens in the 2017 civic byelection.

“I just think what [Wiebe] did was highly inappropriate,” he said, acknowledging Wiebe later apologized, saying he was acting in good faith and representing the interests of hundred of business owners across the city hit financially hard by the pandemic.

“You’re there as a decision maker, you’re there to provide governance. ‘I made a mistake’ with something that is that transparent, where he’s going to be a beneficiary, is not an excuse. How is that acceptable?”

Glacier Media pointed out to Martin, Murray and Leung that had Wiebe recused himself from the vote in May on temporary patio licences for businesses, council would have still proceeded with the program because the vote was unanimous.

“It doesn’t matter,” Leung said. “There’s a penalty for what he did, and it’s up to someone else to decide what the penalty is.”

“I will act accordingly once I have seen it,” he said. “I prefer not to comment until I speak to my lawyer tomorrow, as this is a legal matter.”

Last week he told Glacier Media that he hired a lawyer and was prepared to fight a court challenge. In the days after news surfaced in September in the media of Young’s findings in his report, Wiebe issued a statement saying that “if I inadvertently made an error in this matter, I am deeply sorry.”

Update: Since this story was first posted, the chairperson of the Green Party of Vancouver, Anthony Hughes, contacted Glacier Media to say that Terry Martin is no longer a member of the party. Hughes said Martin joined the party in 2018 in an unsuccessful attempt to seek a nomination to run for council and did not renew his membership after that. Reached Monday, Martin said he believed he was still a member of the party.