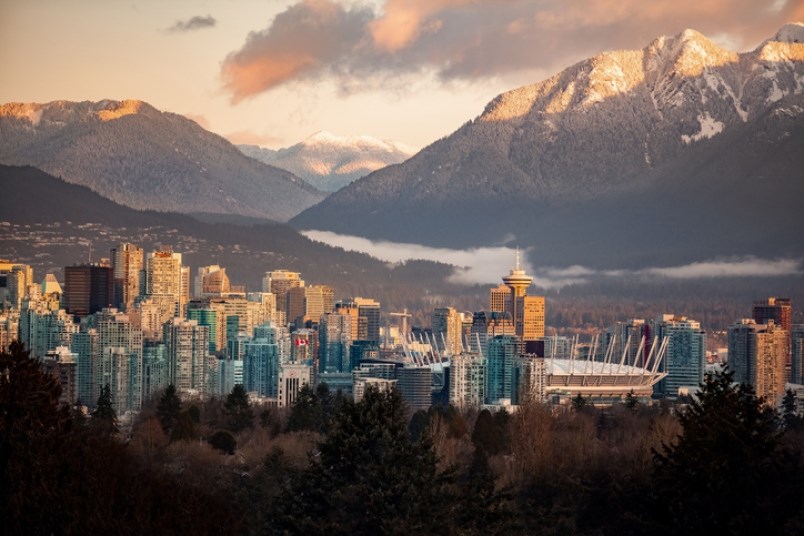 According to structural and earthquake engineering Prof. Carlos Molina Hutt, it’s because the Lower Mainland region lies above the Georgia sedimentary basin, which is made up of layers of glacial and river sediments sitting on top of sedimentary rock. In an earthquake, it would jiggle and amplify the seismic waves, causing more intense and longer-lasting tremors.

According to Molina Hutt, this amplification caused by the sedimentary basin isn’t explicitly accounted for in the 2015 seismic hazard model that informs Canada’s national building code.

Using physics-based computer simulations, researchers found regions where the Georgia Basin is deepest will have the greatest seismic amplification. Delta and Richmond will experience the most amplification, followed by Surrey, New Westminster, Burnaby, Vancouver and North Vancouver.

West Vancouver, which sits just outside the basin, would have the least.

“As a result, we’re underestimating the seismic hazard of a magnitude-9 earthquake in Metro Vancouver, particularly at long periods. This means we’re under-predicting the shaking that our tall buildings will experience,” he said. “Fortunately, Natural Resources Canada, responsible for the development of our national seismic hazard model, recognizes the potential importance of basin effects in certain parts of Vancouver and is actively reviewing and participating in research on the topic. They intend to address basin effects in the next seismic hazard model.”

What the researchers looked at was the impact of the magnitude-9 simulations on tall reinforced concrete shear wall buildings.

There are some 3,000 of those across the Lower Mainland, Molina Hutt said. And Hutt said, those at greatest risk of severe damage – or even collapse – are those built to building codes from the 1980s and earlier. Those between 10-20-storeys in height could experience the worst impacts.

“We have these pockets of tall buildings within the Georgia Basin – in Vancouver, Burnaby, Surrey and New Westminster. In general, based on a comparison of the code requirements in the past versus the code requirements now, many of our older buildings are vulnerable to these large earthquakes, particularly if we consider the amplification effect of the Georgia Basin,” said Molina Hutt.

The study, co-authored by Preetish Kakoty and Sai Mithra Dyaga, also of UBC’s Department of Civil Engineering, was published recently in Earthquake Engineering & Structural Dynamics, said concrete is the predominant construction material for buildings taller than eight storeys in the city of Vancouver, constituting 90% of a total 752 buildings identified. Of these, more than 300 are reinforced concrete shear wall constructions that pre-date 1980.

“Typically, people think that, if we have a magnitude-9 Cascadia subduction zone earthquake, it will be worse in Victoria, because they’re closer to the seismic source. But the reality is that, for tall buildings, we’re going to be worse off in Vancouver, because this basin amplifies the shaking in taller structures,” Molina Hutt noted. The probability of a magnitude 8 or 9 Cascadia earthquake is estimated to be 14 per cent in the next 50 years.

The study’s release came weeks after Canada’s International Trade Tribunal halted Ottawa’s awarding of a contract for an earthquake warning system pending an investigation of a Vancouver company’s complaint about use of patented earthquake alert technology.

The company involved is the one whose technology controls traffic in the Lower Mainland’s Massey Tunnel should there be an earthquake higher than a magnitude of 5.

Magnitude refers to the scale of an earthquake. One of magnitude 6 or higher is considered major while the largest earthquakes in history have been of about magnitude 9.