Photo Melissa Shaw Cat lovers had a chance to meet famous felines, shop for cat-themed merchandise and watch adoptable kittens play at the Roundhouse Community Centre in Yaletown on Sunday during Vancouver's first-ever Meowfest.
0
Jul 30, 2018 11:35 AM By: Melissa Shaw 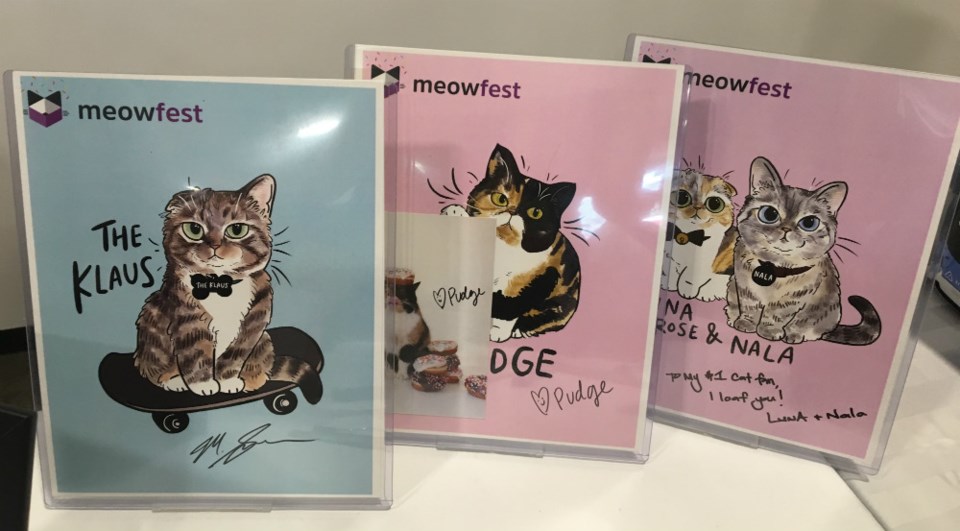 Cat lovers had a chance to meet famous felines, shop for cat-themed merchandise and watch adoptable kittens play at the Roundhouse Community Centre in Yaletown on Sunday during Vancouver's first-ever Meowfest. 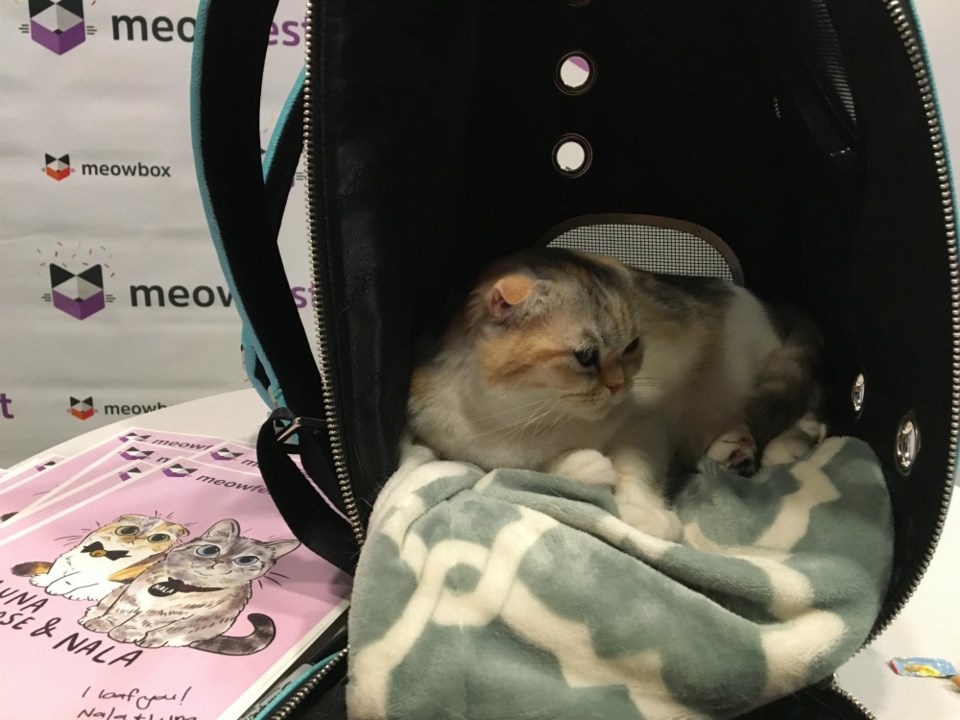 Fans got a chance to pet Instagram-famous cats including Nala, Luna Rose, Pudge, BenBen and Klaus.

This is the first large public event for New West cat BenBen and "cat-Dad" Adam Tutt says BenBen is doing great but "he needs a break every once in awhile -- any cat would."

BenBen was found by a BC SPCA officer a few years back with a number of health issues and was deemed unadoptable. The 'saddest cat on the internet' was one day away from being euthanized when he was rescued. Sandy Windover, a veterinary technician at the Vancouver Animal Emergency and Referral Centre and her partner Adam Tutt adopted BenBen. 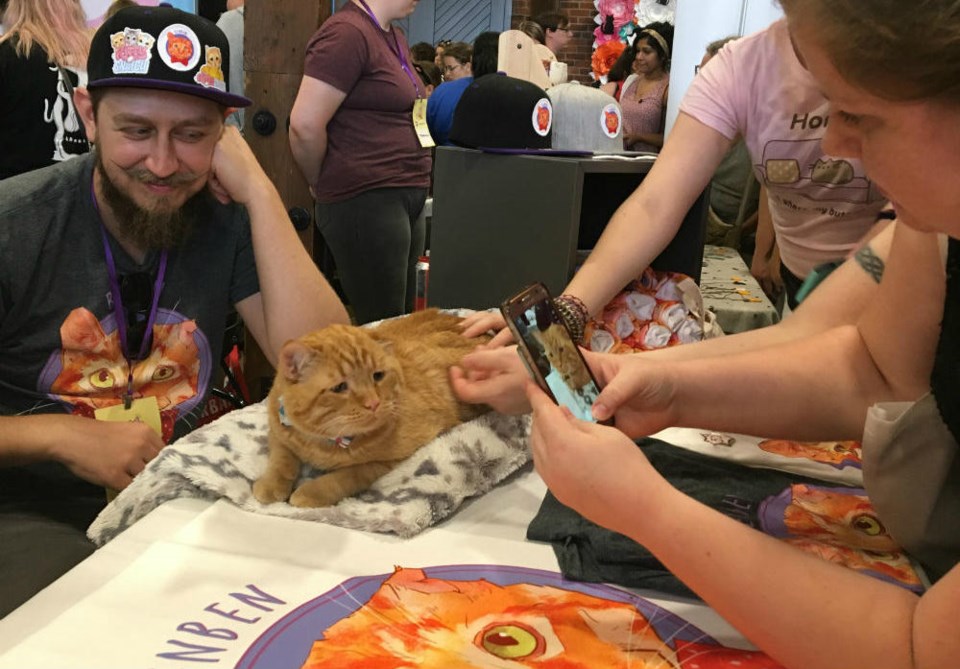 "We're big advocates for the adopt don't shop movement. If you want a pet look at your local shelter first before going out to a pet store and buying one," Tutt says.

The New Westminster Animal Shelter and Langley Animal Protection Society had rooms full of adoptable kittens for attendees to meet.

Margie Fox, who works at the New West shelter, says they had 13 kittens in the cuddle room. "It's really a lot of fun for them. They get to run around, play, meet lots of people -- it's really good socializing for them and hopefully they will meet somebody who wants to adopt them."

Fox says they currently have about 40 cats in their care with some in foster homes and others at the shelter. 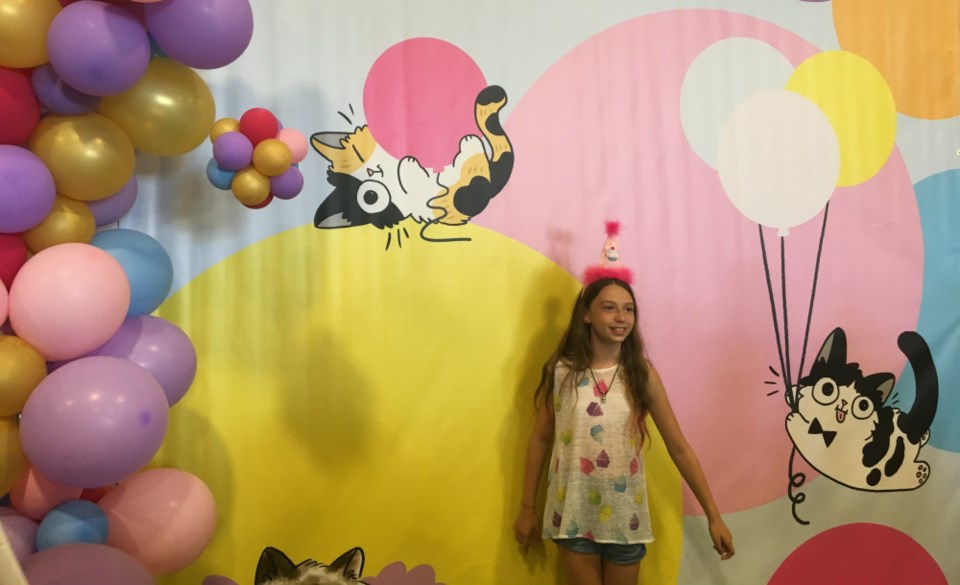 The sold-out event was organized by a Vancouver-based company called Meowbox, which offers delivery boxes of cats treats and toys on a monthly or bi-monthly basis to subscribers. Proceeds from all ticket sales for Meowfest are being donated to the BC SPCA. 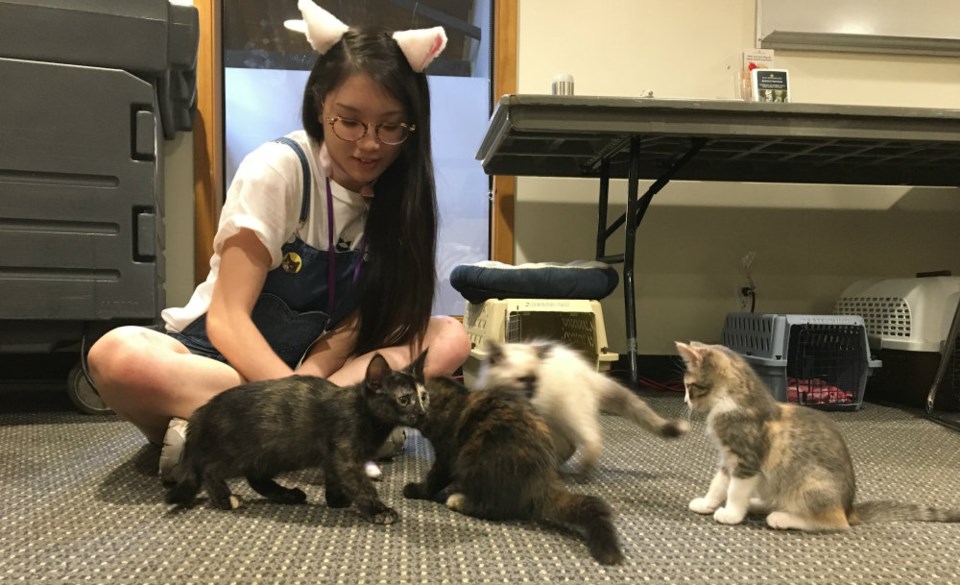 "We're so excited about the turnout. We did not anticipate such a huge demand but doing something like this for such a great cause and receiving so much attention is just so positive. We couldn't be happier," says Sarita Fichtner, Meowbox community manager. 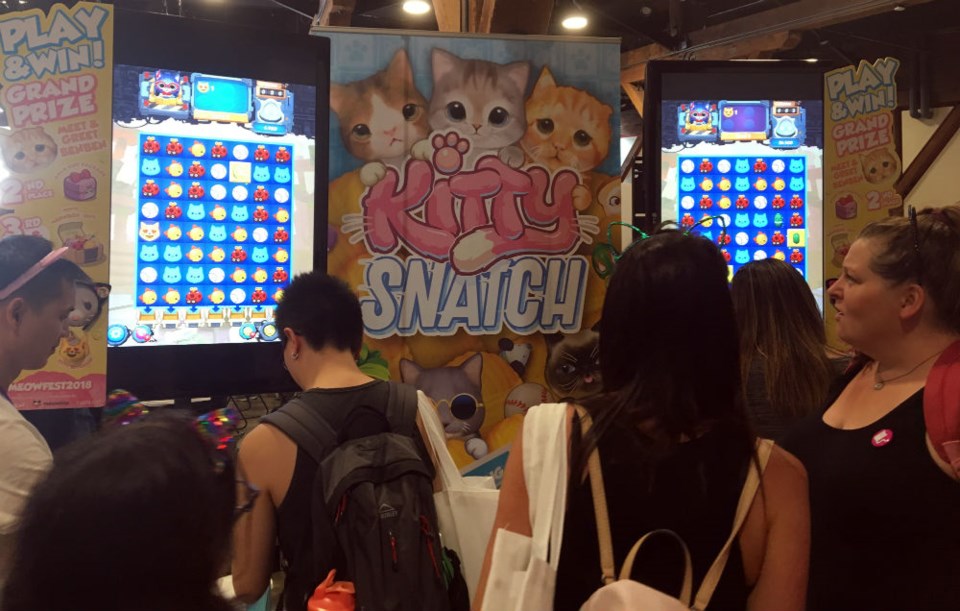