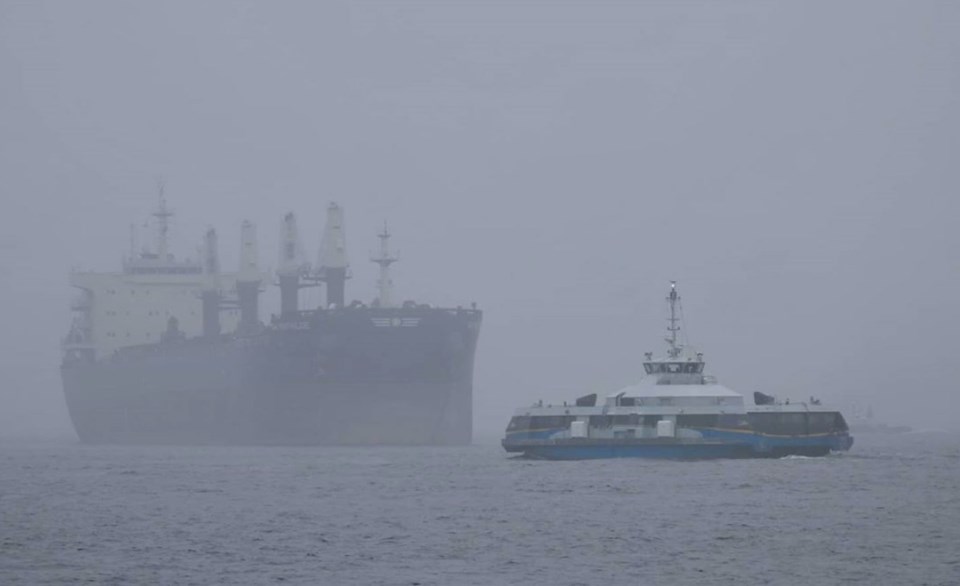 Metro Vancouver remains under an air quality advisory Monday, though smoke levels are expected to be lower in the region.

The fine particulate matter advisory has been in effect since September 8 for Metro Vancouver and the Fraser Valley Regional District due to wildfire smoke from Washington and Oregon moving north into B.C.

The special air quality statement is in effect for:

"Smoke is causing poor air quality and reducing visibility," according to Environment Canada, which renewed the advisory late Sunday night.

While the region will likely have less smoke overall in the air Monday, "localized smoke concentrations may vary widely across the region as winds and temperatures change, and as wildfire behaviour changes," notes the weather agency.

However, Monday also marks the first full day of in-class instruction for many young students across the region. Locally, the Vancouver School Board announced Sunday that schools will be in session Monday.

"Should the current compromised air quality continue, vigorous activities like planned Physical Education classes outdoors, will not take place. In addition, students who are sensitive to smoke will be allowed to remain indoors during breaks. Exterior windows and doors will also be kept closed," explains the VSB. Further, the district's COVID-19 safety measures will be in place, and parents are reminded to perform daily health checks before sending their children to campus.

Vancouver billboard displaying support for J.K. Rowling covered up after backlash
Sep 12, 2020 4:55 PM
Comments
We welcome your feedback and encourage you to share your thoughts. We ask that you be respectful of others and their points of view, refrain from personal attacks and stay on topic. To learn about our commenting policies and how we moderate, please read our Community Guidelines.