Thousands of movie fans have signed a petition in support of the Twilight Drive-In’s appeal for exemption from the provincial order.
May 31, 2020 9:46 PM By: Megan Lalonde 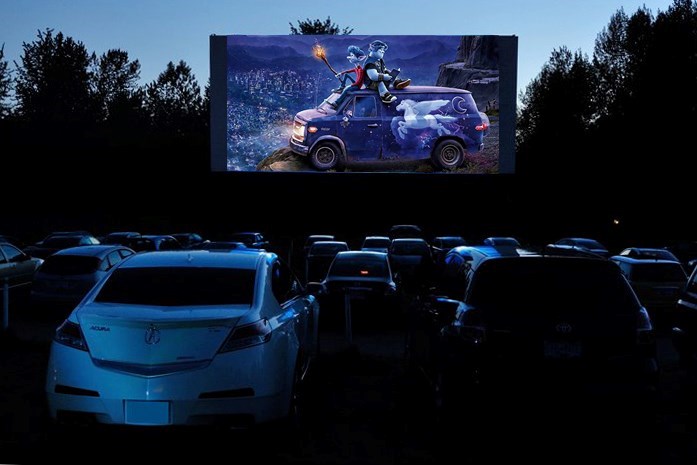 Over the weekend, only 50 cars per showtime were permitted into Aldergrove’s Twilight Drive-In to watch Grease on the big screen.

Metro Vancouver’s only drive-in theatre was forced to further reduce its capacity this week in order to comply with B.C.’s amended order limiting drive-in gatherings to 50 cars or less - but the business is claiming those new restrictions shouldn’t apply to its operation in the first place.

The drive-in’s argument, as outlined in a change.org petition that’s garnered over 25,000 signatures to date, is that the pre-existing, permanent drive-in theatres like theirs shouldn’t be subject to the same limitations as the numerous drive-in events that have popped up during the COVID-19 pandemic - the kind of events that the amended order appears to be targeting.

As non-essential businesses were given the OK to start reopening earlier this month, provincial health officer Dr. Bonnie Henry implemented the new order on May 22 limiting the number of cars allowed to gather in one location. The order also restricts organizers of these events from selling food or drinks.

But for the Twilight Drive-In, the order meant that while staff were “allowed to operate our drive-in and concession stand during Phase 1, the worse part of the pandemic, with the social distancing measures we put in place,” the launch of  Phase 2 of the province’s restart plan meant heavier “restrictions are being placed on us that will severely impede the viability of the drive-in.”

Prior to the order, the drive-in was welcoming up to 200 cars a night - already half of its 400-car capacity pre-pandemic.

The post continued, “We are seeking a reconsideration and exemption from the Ministry of Health, and we are asking you to tell them that you do not agree with these new restrictions being placed on permanent drive-in theatres, and that we should be allowed to continue to operate with the social distancing policies we put in place during Phase 1.”

On May 28, Twilight Drive-In operators posted an update to its petition explaining that while the business had yet to receive a response from the Ministry of Health nor the Public Health Office regarding its request for exemption, Fraser Health reached out to confirm the drive-in's permitted food facility and take-out license isn’t, in fact, subject to the order’s ban on concessions.

“For restaurants, they are allowing 50% capacity. That’s fair for small restaurants and large restaurants,” the update read. “We, like them, had to have an architect look at the size of the space, calculate the allowable capacity and facilities required under the building code. But we get a hard cap of 50 vehicles regardless if we held 100, 400 or 800.”

While the 50-car cap remains in place, movie fans looking to visit the drive-in can now pre-purchase their tickets online.