Filling up gas is second nature to many drivers, but one Richmond driver left the station with an extra hose attached.
0
Dec 10, 2019 2:58 PM By: Richmond News 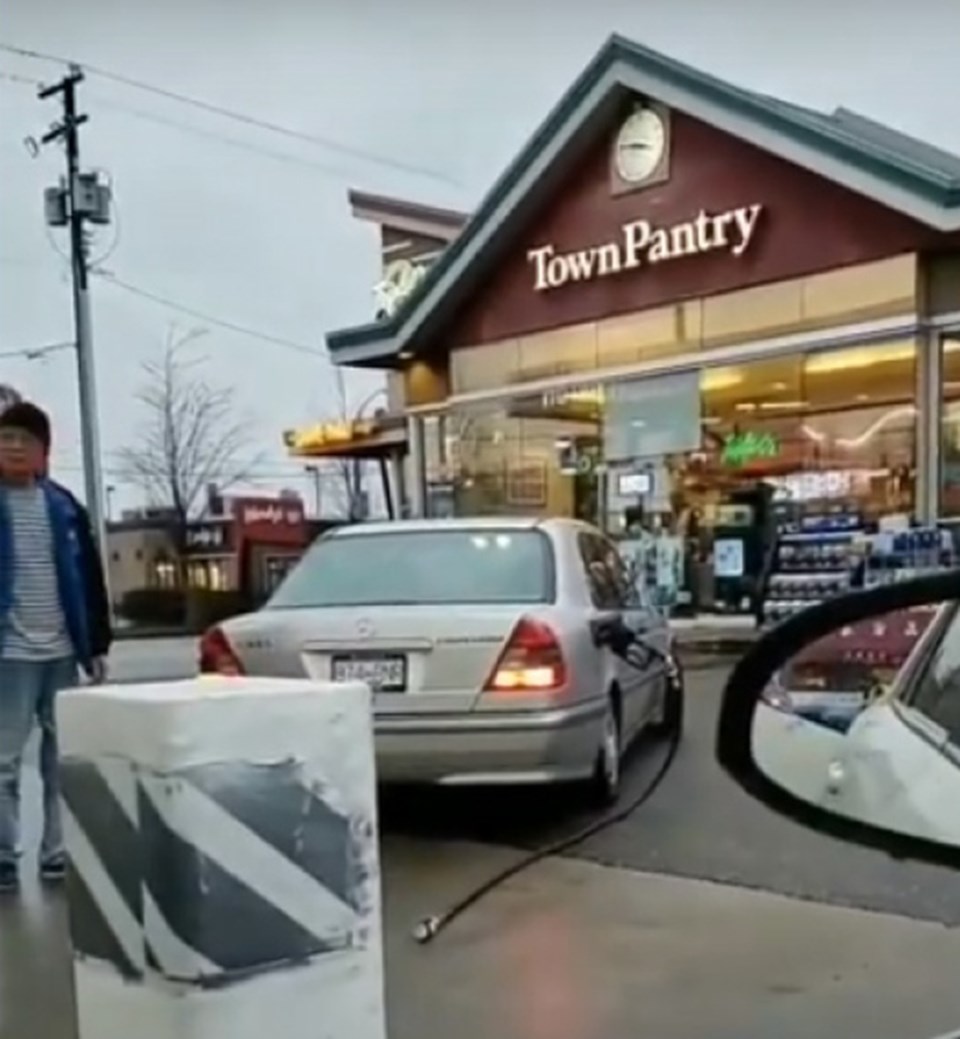 As seen in the video, the driver tried to leave the gas station with an extra hose attached. Video screenshot

Filling up gas is second nature to many drivers, but one Richmond driver left the station with an extra hose attached.

A Twitter video posted on Dec. 7, shows a silver car driving away with a gas hose trailing behind as it was about to leave the gas station at No. 5 and Bridgeport roads. In the video, the driver appears to be a bit flustered.

According to Twitter user SwaggaSingh, who took the video, it was too late by the time the driver noticed his mistake.

The six-second video clip has attracted more than 2,700 views in two days, with one comment suggesting the driver should consider purchasing an electric car.