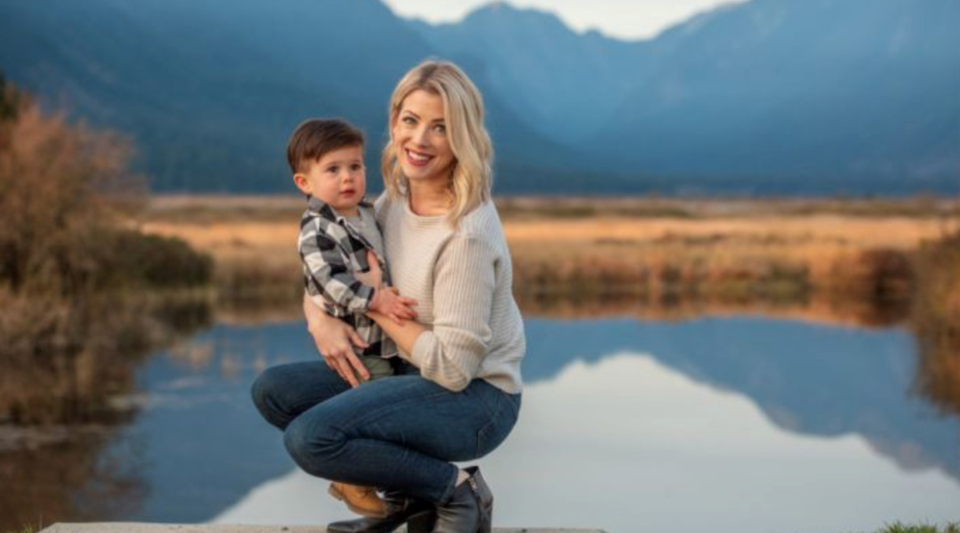 "I had hoped that it wouldn’t come to this, but I need your help. There is nothing more important in the world to me, than being here to raise my baby."

That's the message from Metro Vancouver mom Bree Jordan, who recently learned she has exhausted all possible treatment options in Canada to fight the aggressive form of breast cancer she was diagnosed with just over a year ago. A GoFundMe campaign was launched on her behalf Thursday, in an effort to drum up  financial support for a newly-approved drug in Bellingham, Wash. that the crowdfunding campaign's organizers call "her last hope."

Jordan was initially diagnosed with with Stage 3C triple negative breast cancer—" one of the most aggressive and difficult to treat types of breast cancer," campaign organizers state in the GoFundMe's description—in November 2019, when she was just 35 years old.

She first underwent two types of chemotherapy treatment, before discovering the second form was ineffective at stopping her cancer's spread. Jordan's next step was an  emergency mastectomy in April, followed by 25 rounds of radiation and oral chemotherapy.

"Bree went into her next PET scan in October 2020 with renewed hope for a clean bill of health. Sadly, Bree and [her husband] Steve were devastated to learn the scan showed evidence of disease in lymph nodes on the opposite side of Bree’s neck, deeming her cancer Stage 4 Metastatic Breast Cancer," reads the campaign's description.

Despite the immunotherapy trial drug that Jordan has been receiving on a compassionate basis following that diagnosis, her most recent scans show that the cancer has still found a way to progress to other areas of her body. Her oncologist is now recommending a new drug that has shown positive results in  patients suffering from the same form of metastatic triple negative breast cancer, that has similarly failed to respond to other treatments.

The issue? "The drug, which is currently only available in the US, is extremely expensive and is not covered by any medical plan," GoFundMe organizers explain. "Bree has been approved to begin receiving this drug and needs to start this life saving medicine as soon as possible, so we are under a significantly tight timeline to raise enough money to get her started. "

Jordan's friends and family are celebrating after the campaign raised more than $130,000 in less than a day, but there's still a ways to go to hit the fundraiser's $250,000 goal.

Jordan "is undeniably a fighter," the campaign adds. "She has faced her cancer battle with unfaltering determination. She has everything to live for: Steve, her amazingly supportive and loving husband of six years (though, they’ve been together for 12), and Levi, their adorable 3-year-old son who is the absolute love of her life.

"Bree is an extraordinary human being and a devoted wife and mother. All she wants to do is watch her son grow up."

The fundraiser is asking for the public's help to remove any financial barriers for Jordan and her young family as their battle continues. "Every little bit helps," the campaign reads. "Even taking the time to share Bree’s story on your social media would be a help to her and her family. "

As of Saturday afternoon, the campaign "Help Bree Jordan Fight Breast Cancer" had reached more than $185,000.