The idea is to ensure the safety of everyone involved, including the next Uber driver.
Sep 27, 2020 1:35 PM By: Stefan Labbé 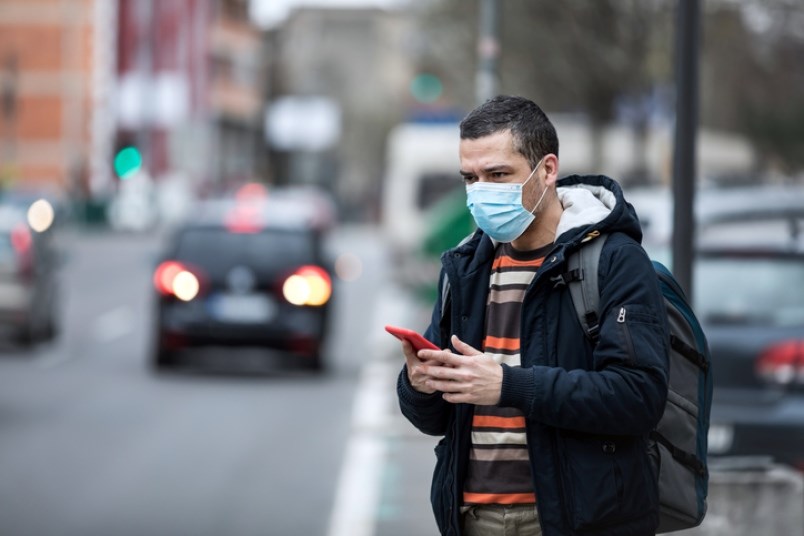 A man waits for a ride during the coronavirus pandemic PHOTO: GETTY IMAGES

Uber riders throughout Metro Vancouver may now be asked to upload a quick selfie showcasing their masked mugs after the company announced it was rolling out a new mask verification protocol to help stem the spread of COVID-19 in Canada and the U.S.

The so-called “rider mask verification feature” will act as a backstop for drivers who want to report a rider not wearing a mask.

“The rider will be required to take a selfie with their face covered before they’re able to take another trip with Uber,” wrote a spokesperson in a written statement.

The idea is to ensure the safety of everyone involved, including the next Uber driver.

According to the company, the technology detects the mask as an object in the photo and “does not process biometric data."

The mask verification technology builds off previous features put in place earlier this year to ensure drivers of Uber and Uber Eats wear a mask. To date, the company says more than 3.5 million drivers and delivery people have completed more than 100 million mask verifications.

The new protocol is scheduled to take effect across Canada and the U.S. by the end of September, and in Latin America and other countries after that.