Metro Vancouver forecast calling for a chance of snow tonight

The Metro Vancouver weather forecast is calling for a chance of wet snow over higher terrain tonight, as well as a snowfall accumulation of 2 cm.
Dec 27, 2018 11:34 AM By: Elana Shepert

The Metro Vancouver weather forecast is calling for a chance of wet snow over higher terrain tonight.

On Thursday, December 27 the forecast is mainly cloudy through the day with a high of four degrees. Rain will begin overnight and some parts of the Lower Mainland may see wet snowfall.

Vancouver Is Awesome spoke to Bobby Sekhon, Meteorologist, Environment Canada, who explained that only some parts of Metro Vancouver will see snowfall accumulations.

"The mixed precipitation will start quite late tonight, or closer to the morning around 3 am or 4 am," he said.

"Places such as Coquitlam, the North Shore, and Burnaby Mountain may see a small amount of snowfall accumulation on Friday morning."

The Weather Network is also calling for a chance of snowfall this evening, too. 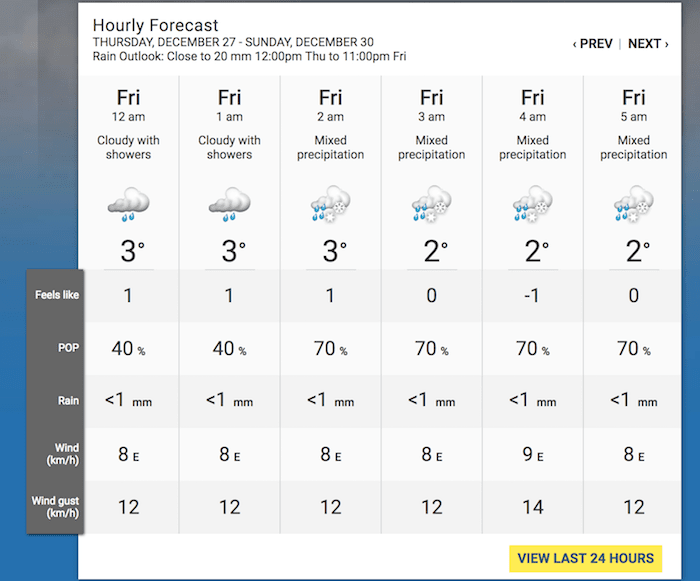 Following this, however, the forecast calls for rain on Friday evening and into Saturday.

Sunday is expected to be sunny as well as Monday.