Air quality in the region is expected to worsen this weekend with more wildfire smoke, says expert
Sep 11, 2020 4:20 PM By: Sarah Grochowski 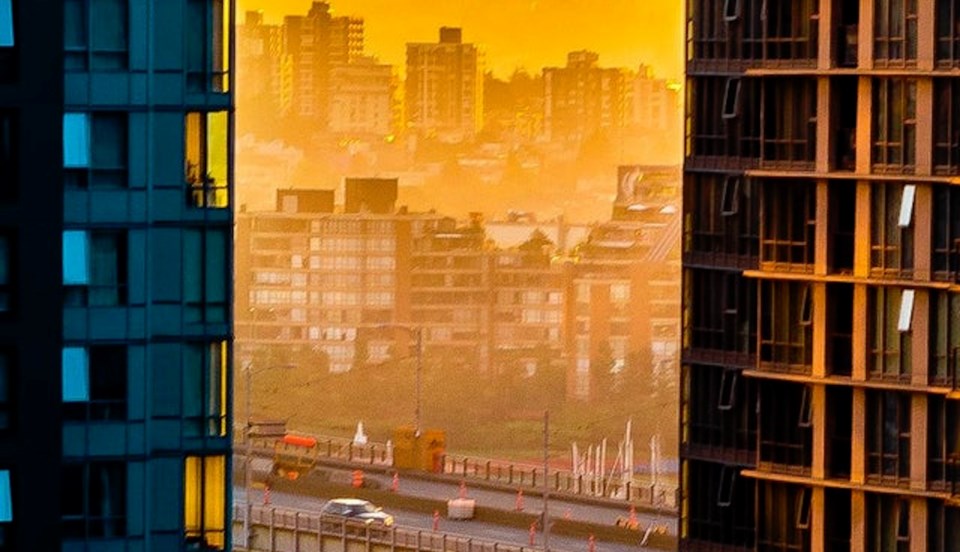 Metro Vancouver’s air quality this week is worse than what people are experiencing in megacities like Shanghai or New Delhi.

According to IQAir, a Swiss-designed air quality information system, the air in the region is currently among the hardest to breathe in the world.

It's due to smoke that’s continued to waft over the border from wildfires in Washington State.

Dense smoke from Washington and Oregon #wildfires continues to move through our region. The @CDCofBC has good resources related to smoke and health to help you stay safe: https://t.co/aIUDD3FFVa pic.twitter.com/iCMP2aiPNh

A Metro Vancouver air quality advisory that was first issued on Tuesday, Sept. 8 continued to be in effect Friday.

As of Friday, the region had equal to 100 micrograms of fine particulate matter (PM 2.5) per cubic metres in its air – due to the smoke.

"A hot, sunny day in Vancouver would only see upwards of 15 micrograms in the air," Reid explained.

Air quality in the region is predicted to worsen into the weekend, said Reid.

Continued #AirQuality Advisory for fine particulate matter (PM2.5) for #MetroVancouver & @FVRD1 due to smoke from outside the region. The smoke plume from WA and OR #wildfires moved into the region this AM and is forecast to impact #AirQuality through the weekend. pic.twitter.com/U4aaaOg64t

"Wildfire smoke from fires in Washington and Oregon has moved northward into the region this morning and forecast to impact air quality through the weekend as a large mass of smoke moves through," explained a Sept. 11 news release from the regional government.

"It is unclear whether the matter will remain higher up or stay at ground level," he said, which poses a health risk for those breathing them in.

Environment Canada issues two 'special weather' statements for Metro Vancouver
Sep 10, 2020 10:50 AM
Comments
We welcome your feedback and encourage you to share your thoughts. We ask that you be respectful of others and their points of view, refrain from personal attacks and stay on topic. To learn about our commenting policies and how we moderate, please read our Community Guidelines.