The Amazon Music playlist is packed with nostalgic bangers “from, about and reminiscent” of Buble's hometown
Jun 26, 2020 4:14 PM By: Megan Lalonde 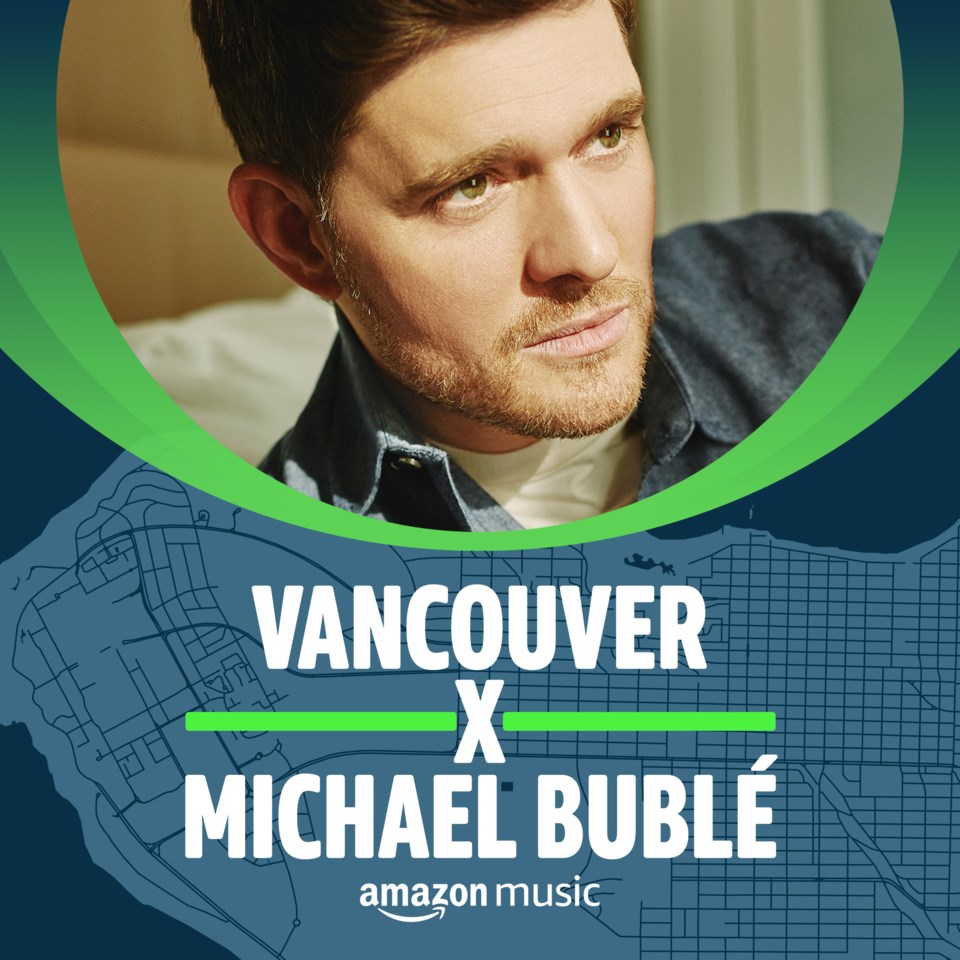 Looking for a new playlist to fulfill your listening needs this weekend? Amazon Music and Michael Buble just dropped a new Vancouver-inspired playlist, filled with tracks “from, about and reminiscent” of the Canadian crooner’s hometown.

Bonus: You’ll probably know most of the words.

The playlist, titled “Vancouver X Michael Buble,” definitely caters to those with mainstream pop-minded taste, but the playlist includes something for everyone, and a ton of nostalgic bangers.

It kicks off with the Lego Movie original “Everything is AWESOME!!!” by Canadian duo Tegan and Sara, featuring The Lonely Island, (It’s fair to assume this track’s title lands it in the “songs about Vancouver” category), before moving into several contributions from famous Canadian artists and bands like Loverboy, Colin James, Bryan Adams, Doug and the Slugs, David Foster, Nelly Furtado, Trooper and Chilliwack (that band was formed in Vancouver, rather than the Fraser Valley, for the record).

The playlist will take you right back to 2005 with the massive hit “Bad Day” by Vernon’s Daniel Powter, before transporting you to 2011 with “Fallout” by Marianas Trench, and 2012 with Carly Rae Jepson’s “Call Me Maybe” - not only is Jepson from Mission, but the hit track was recorded in Richmond!

It wouldn’t be a Vancouver-themed playlist without at least one track from Lower-Mainland-based Nickelback. Love them, hate them, or love to hate them, in this case their track “Burn It To The Ground” serves a dual purpose: It also describes some Canucks’ fans’ reaction to the team losing in game seven of the Stanley Cup finals.

It also features a track from Vancouver ‘80s new wave rockers The Payolas, a few tunes from jazz pianist and Nanaimo native Diana Krall, while “She’s So High,” the 1999 smash by Victoria-based Tal Bachman (did you know he’s the son of famed Canadian rocker Randy Bachman?) also landed a spot on the list.

Of course, the playlist also includes a smattering of Buble’s own songs, including “Love You Anymore,” “I Believe In You,” “Haven’t Met You Yet,” and - you guessed it - “Home.”

Check it out here!

B.C. youth can win a prize just for going fishing this summer
Jul 15, 2020 5:44 PM
Comments
We welcome your feedback and encourage you to share your thoughts. We ask that you be respectful of others and their points of view, refrain from personal attacks and stay on topic. To learn about our commenting policies and how we moderate, please read our Community Guidelines.