Photo CTV If you watch CTV news you’re in for a different experience when you tune in to the news tonight: veteran broadcasters Tamara Taggart and Mike Killeen will no longer be part of it.
0
Apr 9, 2018 3:10 PM By: V.I.A. 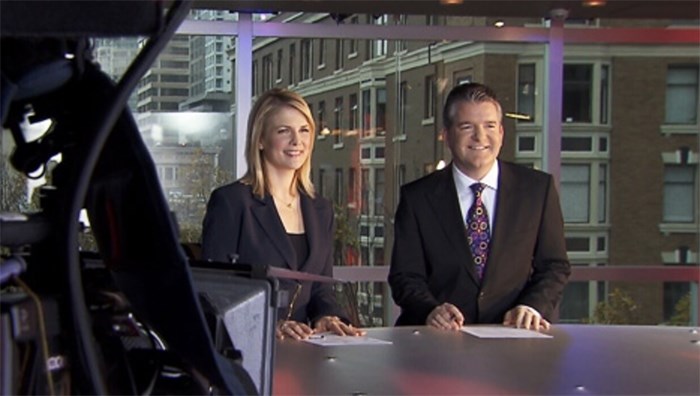 If you watch CTV news you’re in for a different experience when you tune in to the news tonight: veteran broadcasters Tamara Taggart and Mike Killeen will no longer be part of it.

In a statement from the station today, they touted a “top-to-tail refresh of the station’s locally focused newscasts, including new set designs, updated on-set technology, and more”.

"As part of these comprehensive changes," the press release says, "CTV News Vancouver's team of trusted news anchors will evolve, including the departure of co-anchors Mike Killeen and Tamara Taggart."

In thanking the long-time broadcasters, Les Staff, news director of CTV News Vancouver, stated “Mike and Tamara are consummate professionals, and we wish them the very best on what’s to come.”

Other anchors will be shifted into new timeslots.

Taggart and Killeen have been working together for seven years.

The station will continue to broadcast McLaughlin on Your Side and The Last Word with Mike McCardell daily.

Penny Daflos is launching the station's first podcast, BTS with CTV News Vancouver, to "take listeners behind the scenes and behind the stories."

Ironically, the first episode was an interview with Taggart and Killeen.

Big news from @CTVVancouver -- we now have a podcast! I'm so thrilled to host/produce BTS with CTV News Vancouver, an unfiltered and intimate look into our newsroom and our work. First episode now up with @Mike_Killeen & @tamarataggart: https://t.co/af05TUxYfD pic.twitter.com/9aH2RXFgZ8

While neither Taggart, who has a large social media following, nor Killeen have taken to social media in response to the news, their fans on Twitter have not been as silent.

Wow, what is wrong with you guys? You do know it's your anchors that largely bring the people in to watch your news? Sorry, Mike & Tamara, you are awesome. Will miss you.

It’s easy to take someone like @tamarataggart for granted, it’s like she’s always been there. Strange of @CTVVancouver to part ways with one of its most recognizable faces so unceremoniously. https://t.co/kVRMzRcYmv