Milton on set of The Arrow, adjacent the BC Hydro building downtown, with Harbour Centre also in the background. 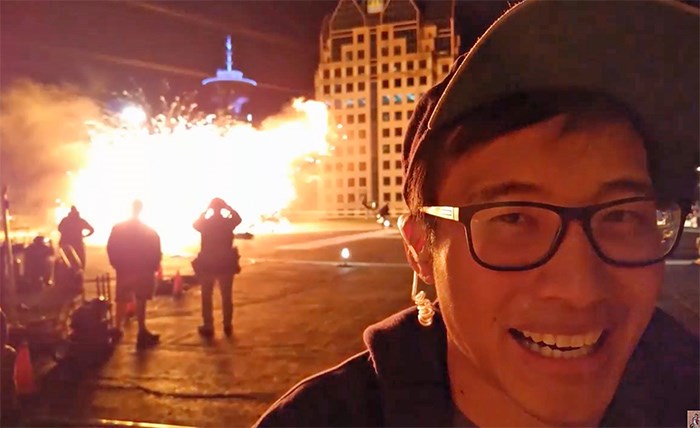 Milton on set of The Arrow, adjacent the BC Hydro building downtown, with Harbour Centre also in the background.

Milton Ng is a local filmmaker and comedian who has also worked as a grip on various television shows being filmed in Vancouver over the years.

During his time on set in Vancouver for seasons 2-5 of The Arrow he managed to gather "some solid footage of stunts" with himself in the foreground, and has edited his clips together into a comedic 4-minute video.

The episodes he shows have all been aired so don't worry, there are no spoilers.

We asked him what sparked the idea and he said that "When there's a stunt on set, people always film with their phones directional, and I've always had a thing with doing 'freeze selfies', and wanted to make it different with my own unique perspective."

He knew that one day he'd be able to compile them into one video, and he wanted to make a story of it. A funny story, and one that unintentionally has more layers than he may have intended; it's a rare look at an industry that we are surrounded by here in Hollywood North, but which we are rarely encouraged to interact with.