Two of the key figures named in a civil forfeiture case have filed responses in court denying they were involved in money laundering.
0
Aug 7, 2019 3:48 PM By: Jane Seyd

Two of the key figures named in a civil forfeiture case have filed responses in court denying they were involved in money laundering or that they bought property, including a $3.2-million house in West Vancouver, with the proceeds of crime. 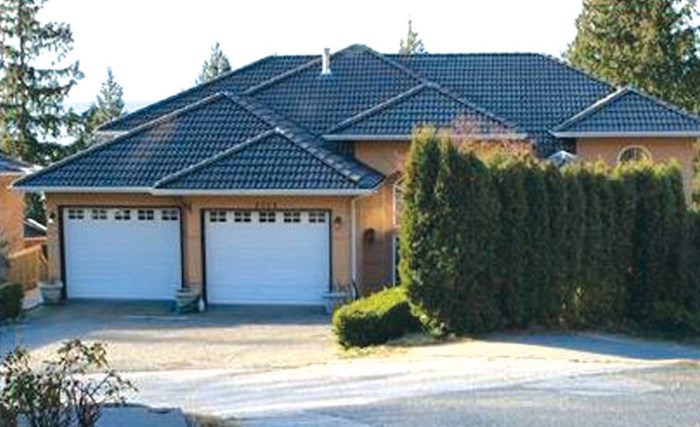 The Director of Civil Forfeiture has filed a lawsuit claiming this house at 2738 Chelsea Court was part of a money laundering scheme. The registered owner has denied those claims. Photo via BC Assessment

In them, the couple denied they were involved in any illegal activity, including denying they used their bank accounts and the bank accounts of their parents to transfer large amounts of money from China to Canada as part of a money laundering and illegal gambling scheme.

B.C.’s Director of Civil Forfeiture added to a claim in B.C. Supreme Court June 3, asking that a $3.2-million West Vancouver home be turned over to the government as the proceeds of money laundering.

The eight-bedroom six-bathroom house at 2738 Chelsea Court was added to a claim by B.C.’s Civil Forfeiture Office, which has already made a claim against a $765,000 condominium on Jones Road in Richmond, as well as a 2011 Porsche 911 and almost $4.9 million in Canadian currency, alleging they are the proceeds of crime.

The Director of Civil Forfeiture claims one of the ways the couple laundered money was by buying or paying deposits towards property, including the Chelsea Court property.

The lawsuit claims that Yuanyuan Jia, the registered owner of both the Chelsea Court house and the Jones Road condo in Richmond, acted as a “nominee owner or ‘owner of convenience’” on behalf of her uncle, Paul King Jin.

Both Jia and Jin have denied in their responses that Jin is the “true” owner of the properties. Jin has also denied being the real owner of the Porsche.

B.C.’s Civil Forfeiture Office has alleged in the lawsuit that Jin and his associates were connected to more than $23.5 million in casino transactions between June 2012 and June 2015 involving “cash deliveries to high-stakes gamblers at casinos in the Lower Mainland.”

Meanwhile, Jin and his wife reported an average combined income over a five-year period of just under $30,000 to the Canada Revenue Agency, the government’s claim alleges.

Jin has denied being involved in illegal activities, and said in court documents he has been a citizen of Canada for more than 25 years and has engaged in “numerous forms of lawful employment over the course of his life, including while in Canada, and has been successful in lawfully producing income for himself and his family in the process.”

The couple both argued in their responses that the RCMP’s E-Pirate investigation into the business Silver International, several searches carried out under warrant on Oct. 15 in Richmond and the subsequent arrest of Wei all violated their rights.

Any evidence obtained in a manner that violated their rights should be excluded from the court case, the couple argued in court documents.

The couple also argued in their responses that the way the police forwarded evidence to the Director of Civil Forfeiture and the manner in which the Civil Forfeiture Office and/or the attorney general of B.C. have initiated civil forfeiture proceedings is “an abuse of process.”

The couple both asked in their responses for the case to be thrown out.

Jia has also filed a response in court denying that Jin is the true owner of the West Vancouver house.

Jia states in her response that she has lived at the West Vancouver home since she bought it in October 2016 and “denies that any of the funds used to acquire and/or maintain the Jones Road property or the Chelsea Road property were proceeds of unlawful activity and/or tax evasion.”

None of the allegations in the statement of claim or responses have been tested in court.

– with files from Business in Vancouver