Mott 32 restaurant closes at Trump tower hotel in Vancouver, which is closed "indefinitely"

BIV on August 27 phoned the Trump hotel to try to make a reservation in October, and the concierge who answered, who said his name was Benjamin, said that "the hotel is closed indefinitely but thank you so much for thinking of us."
Aug 28, 2020 8:37 AM By: Glen Korstrom 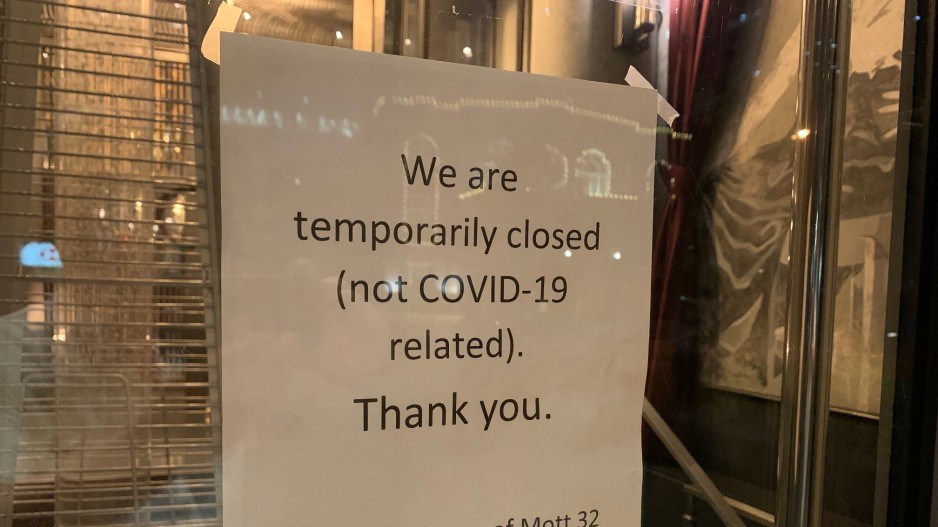 Mott 32, the upscale Cantonese restaurant at the Trump International Hotel & Tower Vancouver did not open August 27, after staff taped a sign to the front door, saying "we are temporarily closed (not COVID-19 related). Thank you."

The restaurant closed in March, reopened on June 24 and has since been open every night 5 p.m. until 10 p.m. Its closure heightens rumours that change is afoot at the the mixed-use complex at 1161 West Georgia Street, and that new tenants and a new management company for the hotel could be in the works.

Holborn Group of Companies CEO Joo Kim Tiah did not immediately answer BIV's email, which asked what the plan is for the site and whether there could be new tenants.

Rumours have swirled for more than a year that the Four Seasons was in talks to take over day-to-day operations at the hotel. Tiah last year, however, told BIV in an interview that he had held no such talks and that the speculation was  merely rumour.

The Trump hotel closed on April 4 and did not reopen, unlike peers such as the Fairmont Hotel Vancouver, Fairmont Pacific Rim or the Hyatt Regency.

Staff were laid off. Under the BC Employment Standards Act, temporary layoffs were to become permanent, by statute, after 13 weeks. The B.C. government extended timelines twice, first to 16 weeks then to 24. If the employee is not recalled by then, he or she is deemed, by statute, to be permanently laid off, which triggers severance payment obligations. These laws may have spurred the Trump Organization to terminate its Vancouver staff this week.

BIV on August 27 phoned the Trump hotel to try to make a reservation in October, and the concierge who answered, who said his name was Benjamin, said that "the hotel is closed indefinitely but thank you so much for thinking of us." 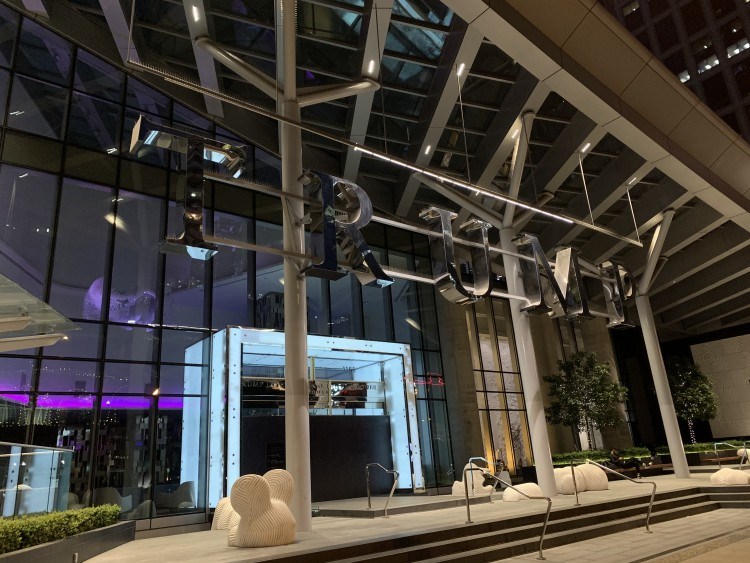 (Image: The front entrance to the Trump hotel in Vancouver was boarded up on August 27 | Glen Korstrom)

The Trump hotel has had a sign on its back entrance since early April that said that "the Trump International Hotel and Tower Vancouver will be closed for the foreseeable future." 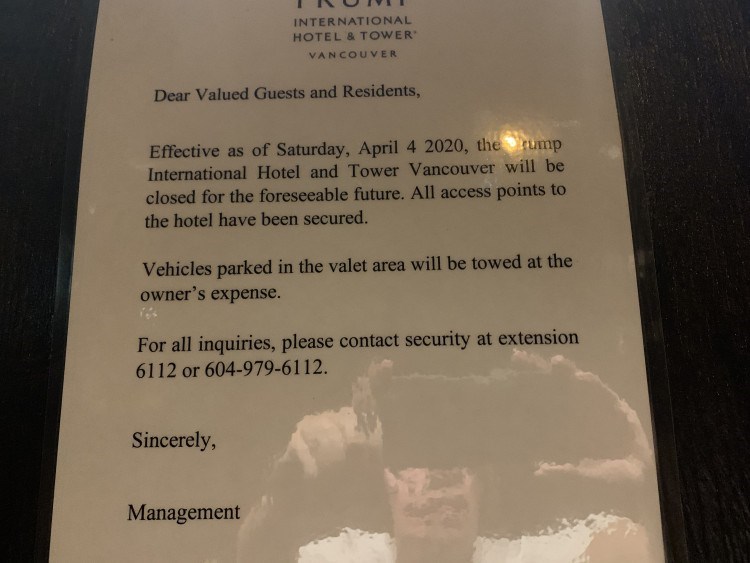 (Image: A sign on the alleyway entrance to the Trump hotel taken on August 27 | Glen Korstrom)

The 15-floor, 147-room Trump hotel is under 217 luxury residences in a 63-storey tower that opened after several delays in February 2017, following a flow of lawsuits related to its construction.

The reason that the Four Seasons has been rumoured as a replacement manager for the hotel is because that hotel brand has said that it plans to reopen a presence in Vancouver. The hotel chain closed its hotel on Howe Street near West Georgia Street, connected to CF Pacific Centre, in January, after having operated in that space for more than 43 years.