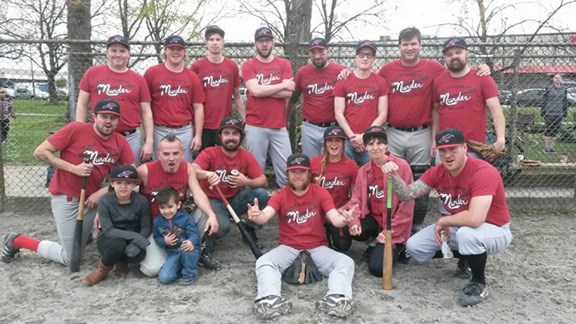 Wow, does time ever fly when your whole league is getting taken to the shed by one team over and over!

With 30 action-packed, rough and tumble sandlot hardball games in the books, the East Van Baseball League's inaugural season is officially settled, and we are proud to announce our 2016 EVBL Pennant Clinchers: the Mt. Pleasant Murder!

An early favourite in the EVBL (due primarily to their slick unis), the Mt. Pleasant Murder lived up to their hype on the field, dominating the league with a 10-2 record - only falling victim to EVBL originals, East Van Black Sox and Vancouver Isotopes - to clinch the pennant and earn themselves a bye through the first round of the 2016 championship tournament.

For continued EVBL sandlot action, we welcome all to come check out our 2016 Championship Tournament August 12, 13, 14 at Strathcona Park, and follow us on instagram and twitter @eastvanbaseball 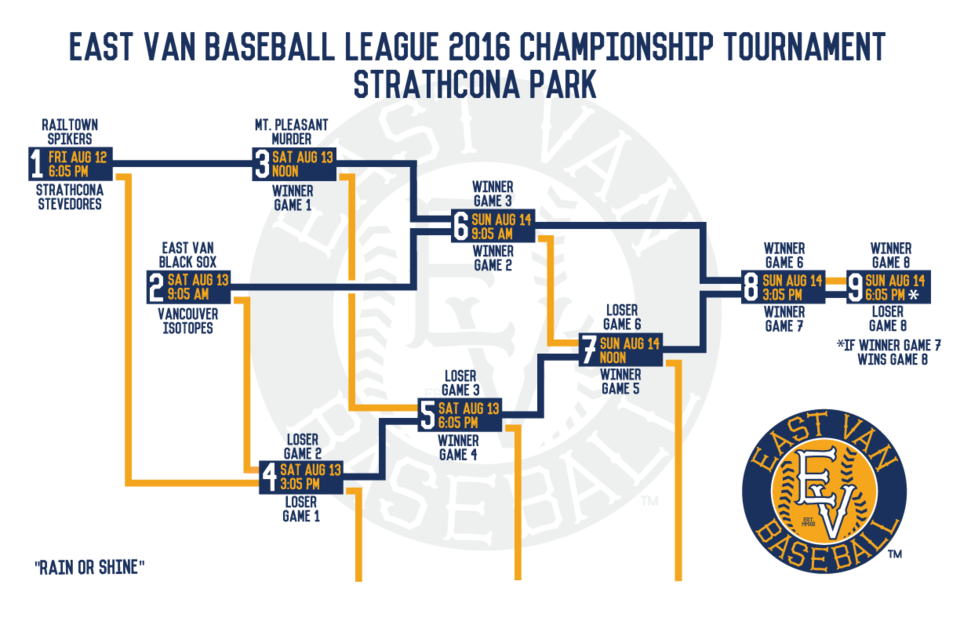