A retired city employee has been charged with four counts of murder after a series of shootings in Penticton, B.C., closed a large swath of the community Monday during a police response involving dozens of officers.
0
Apr 16, 2019 11:00 AM By: The Canadian Press

PENTICTON, B.C. — A retired city employee has been charged with four counts of murder after a series of shootings in Penticton, B.C., closed a large swath of the community Monday during a police response involving dozens of officers. 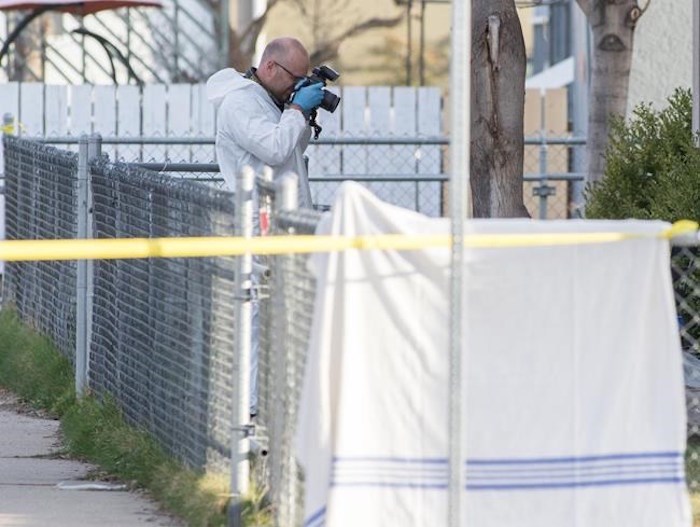 Dan McLaughlin of the B.C. prosecution service said Tuesday that three counts of first-degree murder and one count of second-degree murder have been laid against John Brittain, 68.

Mayor John Vassilaki said Brittain was an employee of the city's engineering department for several years before he retired and he was "very saddened" when he learned of the charges.

"He was a gentleman. He did his job well," Vassilaki told a news conference. "He was very in favour of what our community was doing, was always involved in community matters, him and his wife."

Brittain appeared in court on Tuesday morning and at one point during the proceedings he took off his glasses and looked into the public gallery. He is expected to make his next court appearance May 8.

None of the allegations against him have been tested in court. 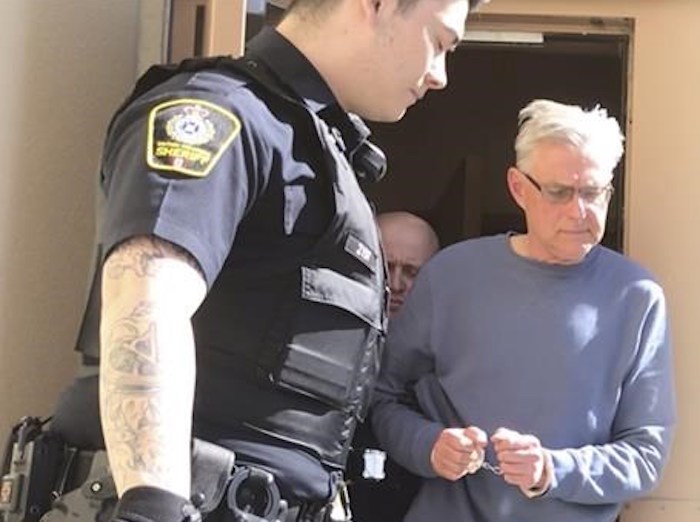 John Brittain is escorted from the RCMP detachment in Penticton, B.C., on Tuesday, April 16, 2019, in this image made from video. A Penticton, B.C., man has been charged with four counts of murder for shootings in two separate areas of the south Okanagan city on Monday. B.C. Prosecution Service spokesman Dan McLaughlin says three counts of first-degree murder and one count of second-degree murder have been laid against John Brittain. THE CANADIAN PRESS/Amy Smart

RCMP Supt. Ted De Jager said the two men and two women who were killed in the shootings were in their 60s and 70s, but police are not releasing any further information about the victims.

He said police are trying to determine a motive as part of their investigation, but the shootings were targeted. The accused and the victims knew each other, he added.

"Unfortunately, I can't speak up to the actual events that led up to this and that is part of the investigation," said De Jager, who wouldn't elaborate on the relationship between the victims and the accused.

De Jager said police received a call about a possible shooting at about 10:30 a.m. on Monday.

Police say after the first shooting on Heales Avenue, the suspect drove about five kilometres to a second location on Cornwall Drive where the other three people were attacked.

De Jager said a man was killed on Heales and the other three victims were found at neighbouring homes on Cornwall. A man and a woman were found in one home on Cornwall and a man in the other.

De Jager said an unarmed suspect walked into the RCMP detachment about an hour after they received the report of the first possible shooting and surrendered to police.

Rudi Winter, 71, was identified by his wife Renate as one of the victims. She told the Penticton Herald he was shot around 10:30 a.m. outside a duplex where he was doing maintenance work for a friend.

Shelley Halvorson was in her office at J&E Automotive Services Ltd. in the north end of the city at around 10:30 a.m. when she said she heard "pop, pop, pop, pop."

She saw a man on the lawn outside a home and police descended on the area including three or four carrying rifles.

"It was kind of scary," she said. "It's a very quiet area, so it's a little alarming for this to be happening."

De Jager said police are continuing to offer support to residents of the community who need it.

"I recognize that these heart-breaking events have deeply impacted our community and will continue to do so for some time," he said.

Note to readers: This is a corrected story. A previous version based on information released by the RCMP said John Brittain is 60 years old.