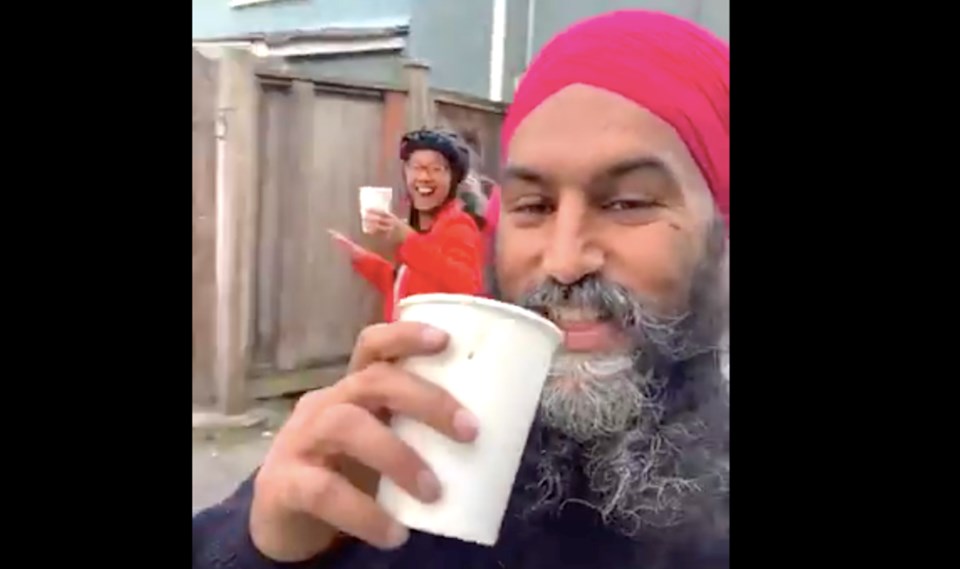 Federal NDP leader Jagmeet Singh rolled on over to the historic Punjabi market alongside MLA candidate Tesicca Truong for the Vancouver-Langara riding.

They sped through the five-block district along Main Street with a cup of chai tea in-hand.

Super cute tiktok vid of NDP @TesiccaT rolling with @theJagmeetSingh through the Punjabi Market with cups of cha. #bcpoli pic.twitter.com/2S06bVUSTf

“We’re rolling to a polling station near you,” Truong said on Twitter, encouraging Vancouverites to vote Thursday when the city’s advanced polling stations become operational.

In a video published to TikTok, the NDP representatives are seen longboarding together to the quintessential Fleetwood Mac song, Dreams, from its 1977 album "Rumors."

Rolling🛹 to a polling station near you! @theJagmeetSingh, @NikiSharma2 and I encourage you to vote by mail or in person at your nearest advance polling station, starting Oct. 15!#bcelxn2020 #TeamTes #VancouverLangara #TeamNiki #BCPoli pic.twitter.com/cVwlbfucwd

The tune was recently repopularized by Nathan Apodaca, TikTok user Doggface208, who rose to fame after his cranberry-juice-sipping video pictured him skateboarding to the soundtrack.

Earlier in the month, Singh recreated the lip-syncing, viral video all on his own.

Bro, the leader of the NDP, Jagmeet Singh, is VIBING SO HARD RN pic.twitter.com/vbO9D8237a

The Burnaby-based politician is known for headline-making TikTok videos since the 2019 election campaign.