Public infrastructure projects to be union-only

ICBA fears requiring all workers on public projects like bridges to be unionized will inflate costs.
Jul 16, 2018 1:08 PM By: Nelson Bennett 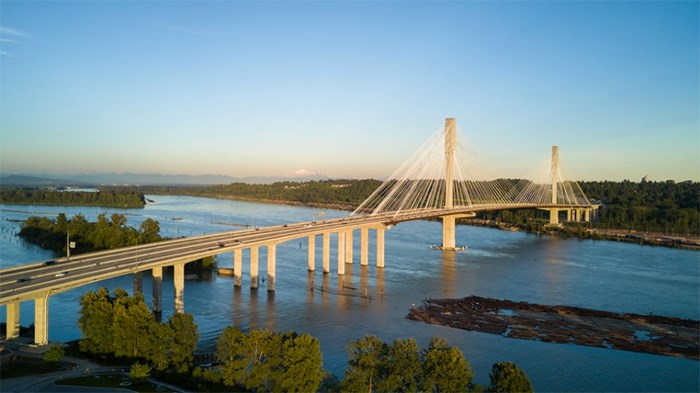 ICBA fears requiring all workers on public projects like bridges to be unionized will inflate costs.

British Columbia will return to being a union-only shop when it comes to large public infrastructure projects like bridges and roads, which will inflate costs of large public projects, independent contractors warn.

The NDP government is reintroducing project labour agreements for public projects, although that’s not what they are calling them.

But the “community benefits agreements” announced Monday July 16 do the same thing: force all contractors that win bids on government projects to hire only workers belonging to a union. The government said the first major public infrastructure projects to be built under the project labour agreements will be the Pattullo Bridge replacement and a four-laning of the Trans Canada highway between Kamloops and Alberta.

The government provided little detail on how the new agreements will work. It will require a certain percentage of apprentices to be hired on the projects, for example, but it doesn't say what percentage of hires will need to be apprentices.

It will also give hiring preference to First Nations, women and "traditionally under-represented groups."

Project labour agreements were required under the NDP government in B.C. in the 1990s for projects like the Island Highway on Vancouver Island.

Only 15% of the construction workforce is unionized, says the Independent Contractors and Business Association (ICBA). While non-union contractors can bid on government projects, if they win a contract, they would be required to hire only unionized workers through hiring halls, under the new legislation.

That means non-union trades people and labourers will be forced to join unions, at least temporarily, and be forced to pay union dues and into pension funds from which they may never benefit. Based on the Island highway project, the ICBA estimates workers could be forced to pay $9.6 million in union pension plan contributions that they will never benefit from.

“For years, John Horgan has promised his political allies in the old-fashioned building trades unions that he would tilt the playing field in their favour,” ICBA president Chris Gardner said in a press release.

“Today, it appears he will try and force that to happen through a restrictive and regressive PLA model for tendering government projects.

“Unfortunately for the taxpayers paying for provincial projects, this will mean much higher costs and it will give 15 per cent of the construction workforce – the ones who gave millions of dollars to the NDP – a monopoly on work.”