Ten animals were taken away from a Richmond home after a “horrific” case of animal neglect
Aug 9, 2020 1:49 PM By: Valerie Leung 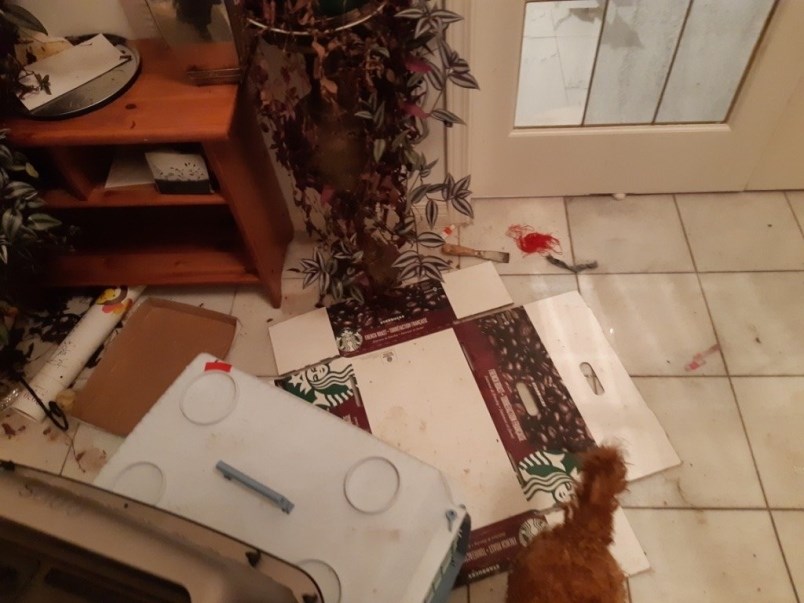 The conditions inside the house the animals were residing in. Photo: RAPS

Ten animals were taken away from a Richmond home after a “horrific” case of animal neglect.

Eyal Lichtmann, CEO at RAPS, said the owners had left their pets in the care of their friends or family while they were out of the country before the COVID-19 pandemic hit.

“The RCMP was called to the home when nearby neighbours reported that they thought one of the dogs was dead,” said Litchmann, adding that the conditions were so bad the police had to call RAPS.

“I was shocked. There were what appears to be maggots and everything, it was absolutely horrific and disgusting.”

The house was “covered in animal feces” and urine, and the water and food were also contaminated, according to Litchmann.

“The animals were all flea-infested … and the dogs’ furs were all matted.”

RAPS immediately gave all 10 animals a full check-up and health care after they were taken to the shelter and were also treated for fleas.

“SPCA animal cruelty has been notified and we’re working with city bylaws to determine the next steps for these animals,” said Litchmann.

He added that they will be staying with RAPS for the time being.

“We were lucky the public stepped in and notified the authorities on Friday and that saved the lives of the cats, kittens and dogs.

“If the public knows of any situations like this, they need to notify RAPS. We can come and help and make sure the animals aren’t suffering.”

The News has reached out the RCMP for more details.

It’s not yet clear which country the homeowners are living in.