Polygon Gallery director Reid Shier has been tasked with helping curate one of the world’s largest contemporary arts exhibitions.
May 28, 2020 6:01 PM By: Ben Bengtson 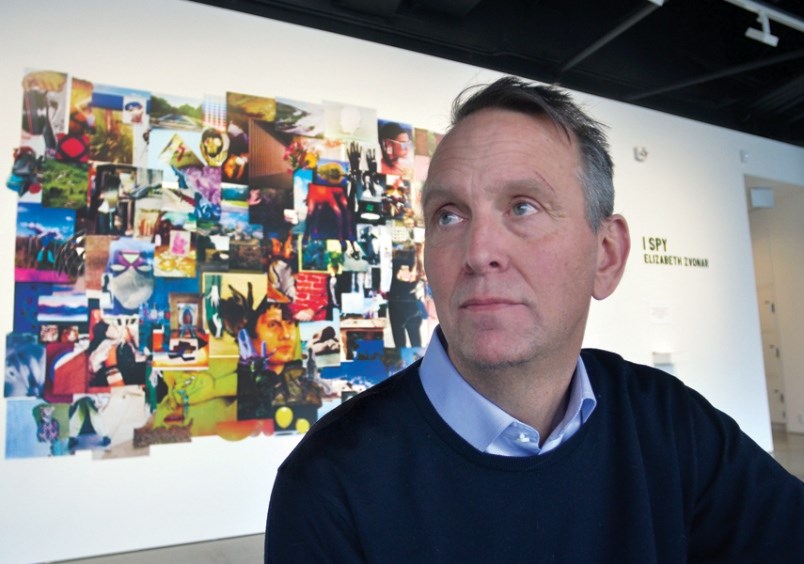 Reid Shier, director of Polygon Gallery in North Vancouver, has been selected to curate an exhibition at the Canada pavilion during the 2022 Venice Biennale Arte. file photo Paul McGrath, North Shore News

When worldwide travel gets going again, a North Vancouver arts director has been tasked with helping curate one of the world’s largest contemporary arts exhibitions.

Polygon Gallery director Reid Shier is set to curate an exhibition for the Canada pavilion during the 59th edition of the Venice Biennale Arte, the National Gallery of Canada announced Wednesday.

Due to the ongoing COVID-19 pandemic, the months’ long Biennale exhibition, which was originally slated to run next year with attendance expected to surpass 500,000 people, has been postponed until 2022.

Shier said he was honoured to have been chosen to curate the exhibition for the Canada pavilion.

“This will be the first large-scale [international] exhibition that I’ve had a hand in producing,” said Shier.

The exhibition that Shier will be curating will feature new work by Stan Douglas, a renowned visual artist who lives and works in Vancouver and Los Angeles.

Shier and Douglas have worked together before in various capacities since the 1990s.

In 2002, Shier organized Douglas’s solo exhibition Journey into Fear, which through the mediums of film and photography examined the 1970s as an historical moment of flux between internationalism and globalism using the striking metaphor of a container ship en route to Vancouver.

“It’s certainly an honour for me to be chosen by Stan,” said Shier. “Stan is one of those artists that has very, very specific ideas about what he wants to accomplish, so in many ways he’s an easy artist to be a curator with.”

Although Shier wasn’t able to divulge what Douglas has in store for the Venice Biennale, he described the project as “ambitious” and hoped less onerous travel restrictions meant more people would be able to go abroad to experience it in 2022.

The 125-year-old Venice Biennale Arte is billed as the largest contemporary arts exhibition in the world, featuring more than 80 participating countries.

“It’s certainly the one that has the most name recognition,” he said. “It’s a prestigious honour.”

Exhibitions at the Canada pavilion are commissioned by the National Gallery of Canada.