The lone elected official in OneCity’s four-history, Carrie Bercic is again running for school board, Judy Graves is sitting this election out and party veteran RJ Aquino is running for council.
Apr 10, 2018 8:56 AM By: John Kurucz 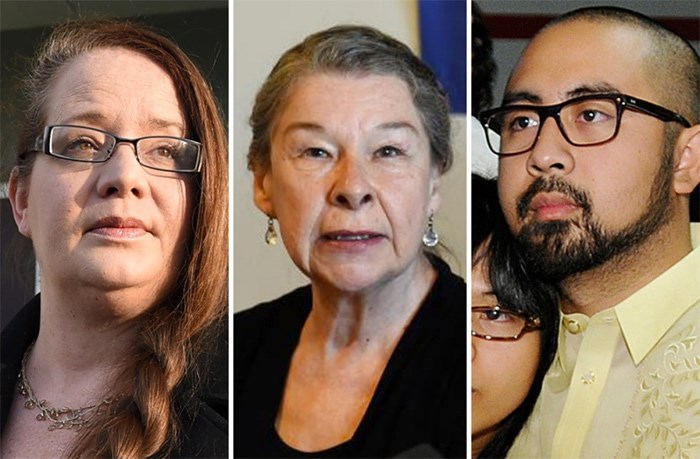 The lone elected official in OneCity’s four-history, Carrie Bercic is again running for school board, Judy Graves is sitting this election out and party veteran RJ Aquino is running for council. Photograph By DAN TOULGOET

Released Monday afternoon, OneCity’s nominee list for the October election has a bit of everything: familiar faces, newcomers and one seemingly glaring omission.

Among the seven candidates listed running for school board and council, Judy Graves’ name was nowhere to be found.

Graves finished fourth in last October’s byelection won by the NPA’s Hector Bremner. The 68-year-old said she remains loyal to the party and may run for office again in the future.

Aquino is a former member of COPE’s executive who split with that party over concerns about its direction. He ran under OneCity in the civic election in 2014 and finished 26,000 votes shy of eighth-place finisher Geoff Meggs.

A life-long Vancouverite, Boyle is a United Church minister with a background in communications. Bollinger, meanwhile, is a former federal NDP staffer who lives in the West End and works in the health care system.

Another life-long Vancouver resident, Yan is active in the LGBTQ2+ communities and holds a master’s degree in urban studies from SFU.

Bercic is the lone OneCity candidate elected to office in the party’s short, four-year history. Her 17,800 votes were enough to finish eighth among trustees last fall. Jaff’s 17,100 votes were 400 short of ninth-place finisher Ken Clement. Reddy works in the education sector, with a focus on finding employment for youth under the age of 18.

OneCity’s candidate’s forum is scheduled for 4 p.m. on April 15 at the Strathcona Community Centre.