Whale of a time: These orcas were swimming around a Vancouver park (VIDEO)

"One orca swam toward the kayak surfacing less than 10 feet from it."

Vancouverites weren't the only ones drawn to local waters over the weekend.

A video shows orcas swimming in the sunshine near Lighthouse Park in Vancouver on Friday evening.

In the recording, a boat is seen off in the distance at Juniper Point and an orca surfaces for air. A short while later, a second whale surfaces, and it looks like a delicate spray of mist comes out of its blowhole.

Delta Optimist Publisher Matt Blair spotted the cetaceans while he was visiting Juniper Point on Friday night. He tells Vancouver Is Awesome in an email that he was cliff jumping and swimming when someone yelled out that 'whales were coming.' 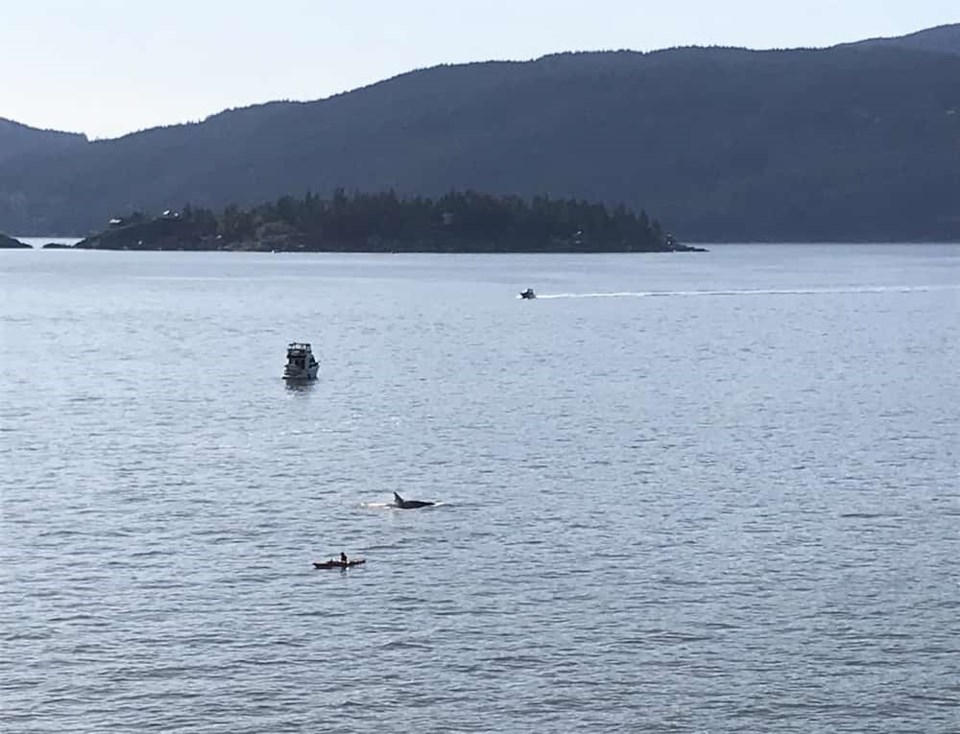 The whales seemed to take an interest in a nearby kayaker. Photo: Matt Blair

"They appeared to be swimming in circles about 300 metres off shore," writes Blair. "We assumed they were herding fish or a seal, but couldn’t confirm from our vantage point."

Blair notes that it looked like there were three adults and two juveniles in the pod, and that they stuck around for roughly 20 to 30 minutes. He adds that they also seemed to take an interest in a nearby kayaker.

"One orca swam toward the kayak surfacing less than 10 feet from it," he describes. "The three to four boats that pulled up all exercised ‘social distancing’ and just enjoyed watching the whales swim in tight circles for the duration of their visit."

Have a look at the video of the orcas surfacing at Juniper Point.