Photo: Dan Toulgoet The annual Vancouver Mural Festival will be a lot louder this year.
Jun 5, 2018 3:14 PM By: Jessica Kerr 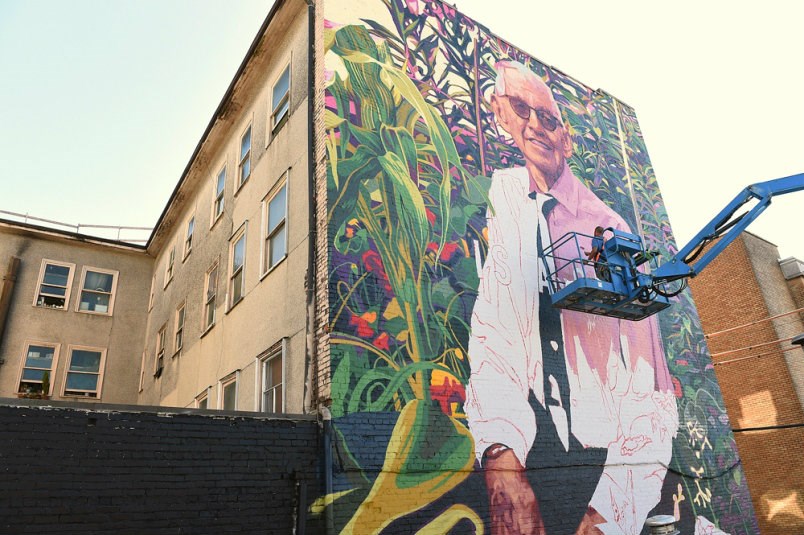 The annual Vancouver Mural Festival will be a lot louder this year.

On Monday, Vancouver Park Board commissioners approved an application from Live Nation Canada to host an outdoor concert at Jonathan Rogers Park as part of this year’s festival. The Vancouver Mural Festival Celebration Concert is set for Saturday, Aug. 11 from 6 p.m. to 9:30 p.m.

Started in 2016, Vancouver Mural Festival is organized by the Create Vancouver Society, a non-profit organization dedicated to artistic and cultural development through the creation of permanent large-scale public murals. The week-long celebration, which takes place annually every August in Mount Pleasant, is touted as the city’s largest free public art celebration.

Live Nation Canada has partnered with festival organizers to include a family-friendly concert as part of this year’s event. A preliminary site map provided to park board commissioners Monday night shows the event will include an alcohol-free family zone and an accessible viewing area.

According to a staff report, musical performances at the event will include pop, hip hop and world music. “Local artists will be prominently featured, as will some international talent.”

The event will have a capacity for 5,500 people and tickets will be in the $25-$30 range with free admission for kids under 12. Organizers are also planning to have discounted family packages available.

Commissioners also had concerns about the number of people attending the concert. Silva said the event capacity is set by the fire department, not staff or organizers.

A fence will be erected around the park for the event, however, access to the community garden in the north-east corner of the park, will be maintained on the day of the event, as well as during set up and tear down.

“The organizers and the mural festival are excited about a collaboration that would expand the mural festival’s music programming, continue to engage Vancouverites in a location that tends to see lesser activations and at a field location, a green space, that’s probably a little bit more conducive to this type of activity than some others,” Silva said.