More than a dozen RCMP vehicles, a SWAT team and an ambulance assembled in east Richmond after a weapons incident Thursday evening
Jul 10, 2020 7:23 AM By: Valerie Leung 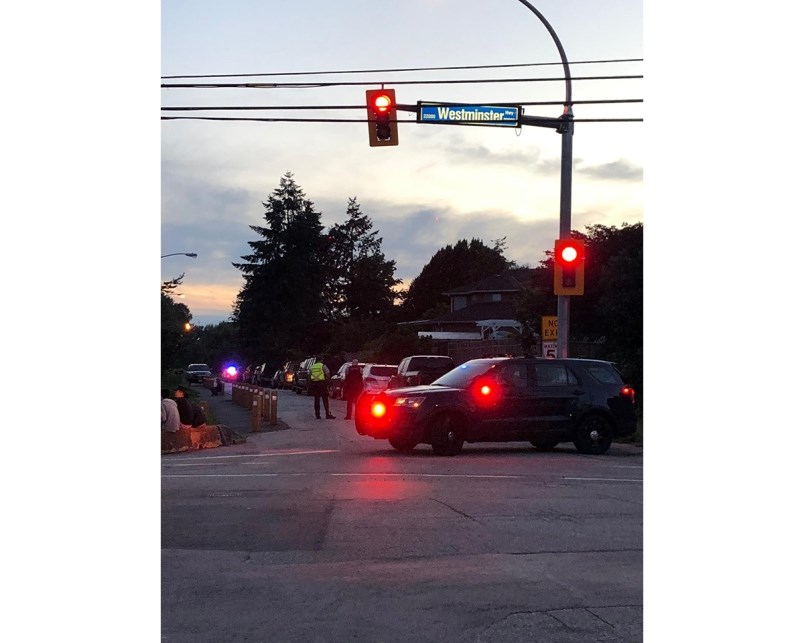 Police blocked off Gilley Road in Richmond after a man was allegedly seen carrying firearms in the Hamilton area on Thursday evening. Photo submitted

More than a dozen RCMP vehicles, a SWAT team and an ambulance assembled in east Richmond after a weapons incident Thursday evening.

Richmond RCMP said they received the call around 5:15 p.m. from a citizen on Gilley Road.

Sounds of either "flash bangs" or gunshots could be heard in the neighbourhood after 7 p.m., according to Facebook posts by residents.

Caner Altuntas said a couple people in the neighbourhood spotted a man carrying firearms in the area and had called police after feeling "threatened" at the sight.

“The man went back into his house near the townhouse complex on Gilley Road before the cops came out,” said Caneraltuntas, adding that more police cars appeared when the man refused to come out of his residence.

Richmond RCMP advised the incident was brought to a successful conclusion early this morning, and a suspect was taken into custody.

The matter is still under investigation.